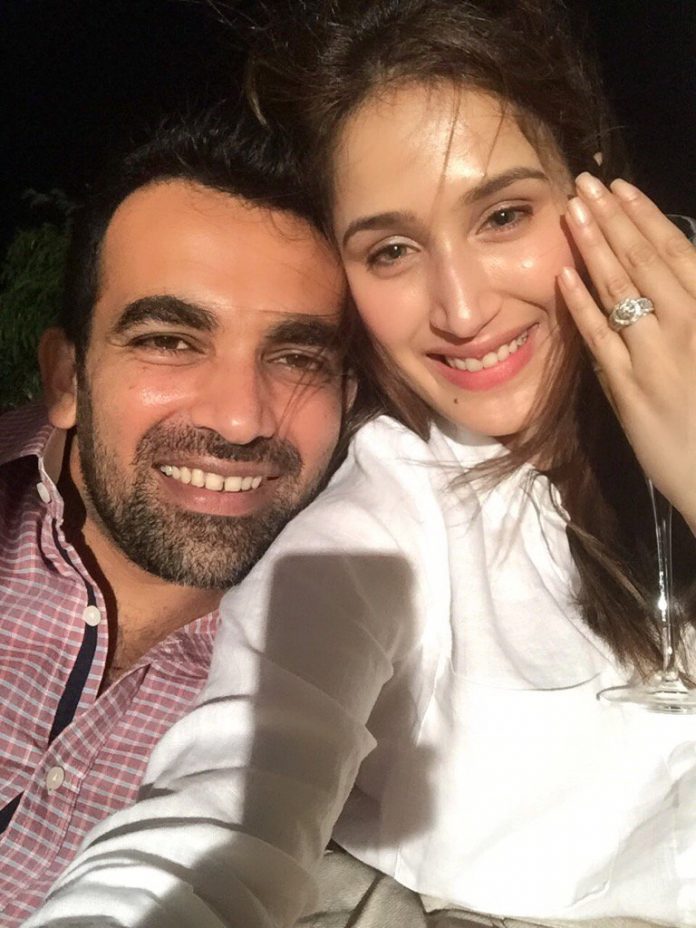 After a lot of speculation, Zaheer Khan and Sagarika Ghatge have finally made it official with a ring

Indian cricketer Zaheer Khan has finally broke his silence. Actress Sagarika Ghatge and Zaheer have got engaged and the news broke on Twitter through Zaheer’s official account. Zaheer shared a beautiful picture of the two and wrote, “Never laugh at your wife’s choices. You are one of them !!! Partners for life. #engaged @sagarikavghatge.”

The picture has shown a glowing Sagarika, showing off the rock on her ring while Zaheer smiles. Dating rumours of the two have been doing the rounds since quite some time, but none of them had ever talked about their relationship. The two also appeared together at cricketer Yuvraj Singh and Hazel Keech’s wedding ceremony. Looks like it’s wedding season for the Indian cricket team! Since they are already engaged, it’s only a matter of time before we hear wedding bells ringing! When she was previously asked in an interview about her relationship with Zaheer, Sagarika had said, “Let’s just say I’m in a very happy space right now…I will remain just the way I am: low profile as ever. I have no shame in admitting that I draw into my shell easily and come out only when I have to speak. I have big respect for Zaheer’s game.”

Sagarika and Zaheer have since then been making a number of public appearances together which sparked rumours about their relationship. The fast bowler was earlier in a relationship with actress Isha Sharwani but soon the two called off their relationship. Sagarika made her debut as a hockey player in Shah Rukh Khan starrer Chak De India. The actress also participated on the show Fear Factor: Khatron Ke Khiladi. Apart from acting, the actress is also a national level athlete.

Never laugh at your wife’s choices. You are one of them !!! Partners for life. #engaged @sagarikavghatge pic.twitter.com/rUOtObFhiX