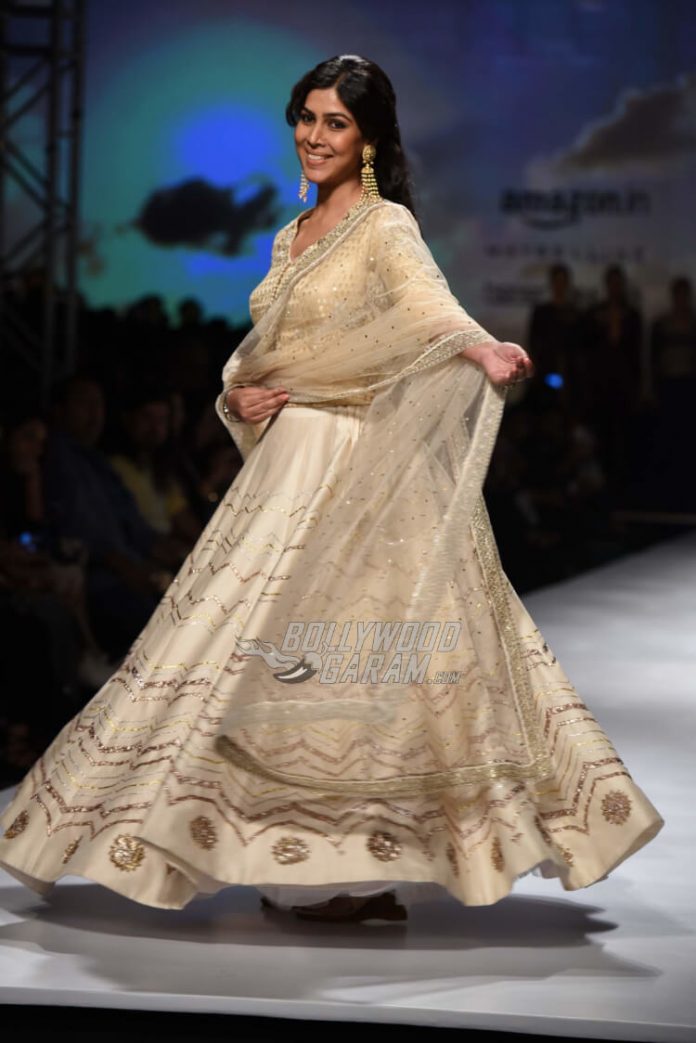 Sakshi Tanwar’s performance in last year’s blockbuster film Dangal was widely acclaimed, and the actress says she is being careful about the projects she chooses to do next. While she is considering a number of offers that have come her way recently, the 44-year-old doesn’t want to do anything that will dilute the huge success of her last movie. Dangal is a wrestling biopic based on the life of Mahavir Singh Phogat (played by Aamir Khan) and his two wrestler daughters, in which Sakshi played the important role of Daya Kaur, the matriarch of the family. She feels that she is at a stage in her career where she can ‘experiment’ with the roles she wants to take up.

Sakshi is now making her web-series debut in Ekta Kapoor’s recently launched Karrle Tu Bhi Mohabbat, which reunites her with Bade Achhe Lagte Hain co-star Ram Kapoor. Bade Acche was one of the most popular television series for three years from 2011 to 2014, and audiences have been looking forward to seeing the on-screen couple back together again. Sakshi is excited to be venturing into the digital space, having agreed to do this project even before the release of Dangal. While she ordinarily takes a longer break between her acting projects, she is appearing in the web-series now as she had made a prior commitment.

Karrle Tu Bhi Mohabbat tells the story of two people who are the opposites of each other, but who eventually fall in love. The actress says that she and Ram Kapoor are actually ‘poles apart’ in real life too, which helps give life to their fictional characters. With the theme of the show being ‘opposites attract’, Sakshi is happy that their personal differences translate well to their performances, allowing them to share an excellent on-screen chemistry. The new series is available to watch on ALT Balaji’s website, YouTube channel, and mobile app.

Having become a household name during her eight-year stint as Parvati, the female protagonist on the hit television show Kahaani Ghar Ghar Kii, Sakshi Tanwar has since appeared in several popular TV shows and Bollywood productions. Last year she was also seen in the series 24: Season 2, playing the role of Shibani Malik, Anti-Terrorism Unit Chief. The award-winning actress said she thoroughly enjoyed her character on the show, as it gave her the opportunity to explore something new.

In her personal life, Sakshi has maintained that marriage is not something she is planning for, having strongly denied rumours in 2015 that she had secretly tied the knot with a businessman boyfriend. The conservative actress believes that like birth and death, marriage is pre-ordained and has to be left to the forces of destiny. She has full faith in the institution of marriage, and says she is even open to the possibility of an arranged marriage one day. While links to co-stars and other celebrities are constantly part of the rumour mill, Sakshi is believed to be single at the moment. She isn’t actively looking for a husband, and expects love to find her when the time is right.