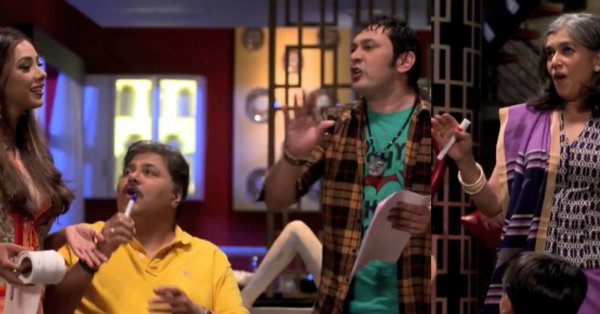 Sarabhai Vs Sarabhai season 2 likely to premiere on May 16, 2017 as a web series

The wait is over as the makers have finally announced the date when the much awaited fresh season of the show Sarabhai Vs Sarabhai will premiere in the form of web series. Sources from the production unit have revealed that Sarabhai Vs Sarabhai’s season2 will begin from May 16, 2017.

When asked the producer of the show J.D. Majethia, he could not confirm nor deny but said, “Well, I haven’t received any confirmation from the home channel’s end as of now but you can definitely consider it to be the tentative date.” There are reports that the date of premiere will be announced with an advertisement.

So it can be at least considered that all the madness is ready to begin from May 16, 2017. Actors Ratna Pathak Shah, Sumeet Raghavan, Satish Shah, Rajesh Kumar, Rupali Ganguli, Deven Bhojani and Arvind Vaidya are once again ready to tickle the funny bones of the audience. The new season has a new character in the form of Sahil and Monisha’s son.