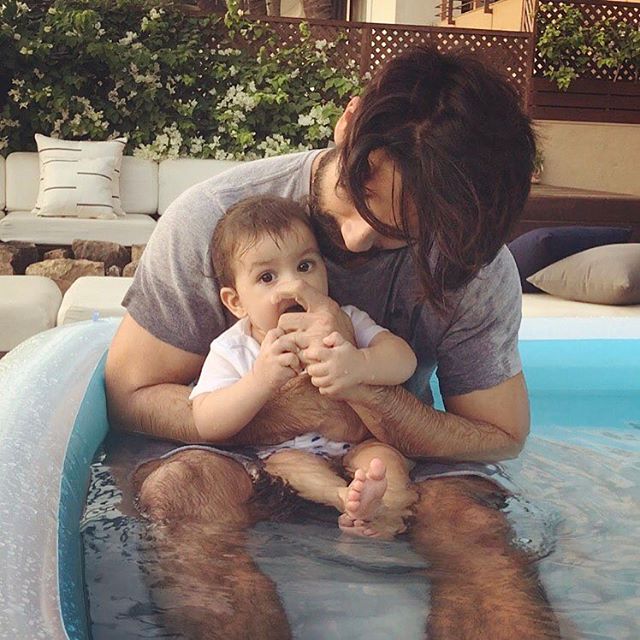 Shahid Kapoor has always made sure to keep his fans updated about his personal life. But in terms of sharing daughter Misha’s pictures, the actor has been very selective. After posting an adorable picture of daughter Misha with wife Mira Rajput a few months ago, Shahid shared another adorable picture of his daughter on Instagram today. The new picture posted has a doting father Shahid sitting in a pool with Misha.

Shahid captioned the image as, “Pool time with missy. #besttimes.” The Rangoon star can be seen carefully holding his little girl while both have some fun time in the baby pool. Shahid has been protective about daughter Misha and his protectiveness was evident when he had once criticized the paparazzi for flashing camera lights during their family outing. The Jab We Met actor had argued that the camera flashes might hurt the baby’s delicate eyes.

Shahid got married to Mira Rajput in an intimate wedding ceremony on July 7, 2015. Mira gave birth to daughter Misha on August 27, 2016. Shahid’s wife Mira later in an interview revealed that she had to go through a tough pregnancy.