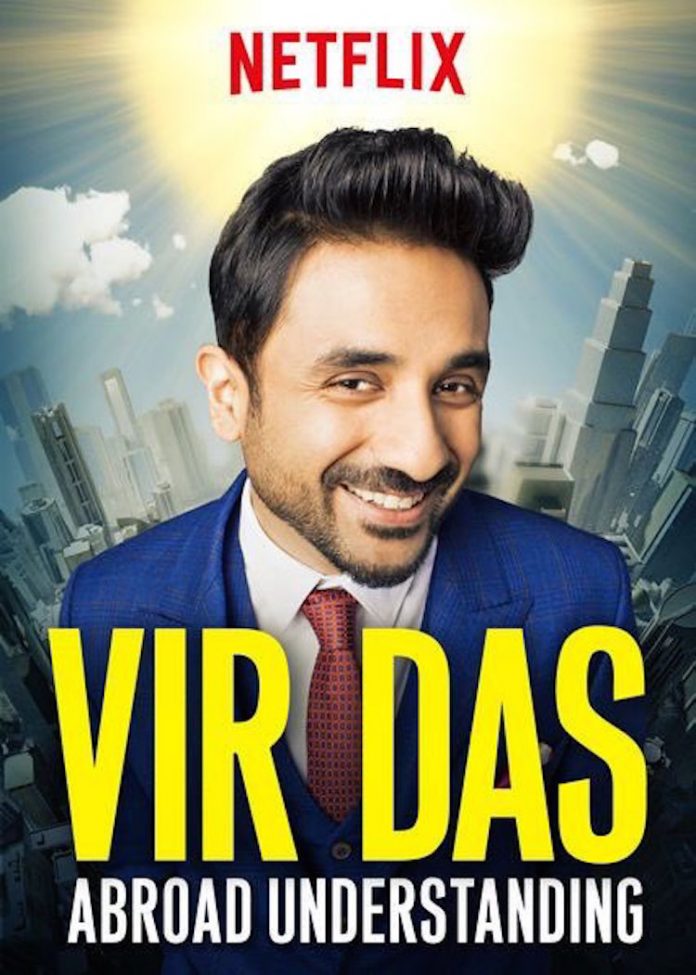 Vir Das has become a household name for comedy in India. And he has also opened a door for an international audience to revel in the stand-up comedy culture of the country. Vir Das just got his first solo skit show, Abroad Understanding on popular streaming channel Netflix. Not only did he join the ranks of comedians like Amy Schumer, Kevin Hart, Chris Tucker and Russell Peters for his own Netflix show – but he also became the first Indian stand-up comedian to feature on the super popular late night show, Conan hosted by Conan O’Brien.

Vir Das spoke about his new Netflix show, Abroad Understanding, when he said, “It’s an opportunity of a lifetime. Netflix is immediately giving us a big, scalable platform and we are piggybacking on their credibility.”

He also spoke about Abroad Understanding is really about and what audiences can expect about its showcase. “Indian comedy has never had as big an influence. An authentically Indian comedy has never reached the world. We’ve always been looking at India in terms of funny accents and habits and so on. We have always been a punchline and not a perspective. Until now, we’ve had Americans making fun of Indians in America. Now, we’ll have an Indian making fun of Americans in America. And they’ll laugh.”

And he gave audiences a glimpse of his unique comedy with a short stand-up session on Conan. Within a couple of minutes with the camera focused solely on him, he took on everything from the President of the United States to Appu of Kwik-E-Mart on The Simpsons, terrorism and religion. He also used a line that went “once you go brown, the other colors let you down.”

Some may have criticized his bit, but all in all, he’s received great feedback. Americans are lapping up his comedy and he can officially call himself the pioneer of Indian comedy overseas. The man who began his career as a VJ and found himself in need of a job, turned to stand-up comedy as an anecdote to a failing professional life. He hasn’t looked back since. He’s starred in a number of Bollywood films, has hundreds of thousands of subscribers through his social media accounts and hosts the hilarious Potcast on YouTube.

Abroad Understanding went live on Netflix from April 25, 2017. Go check it out now!

Watch the stand-up comedy session with Vir Das on Conan –