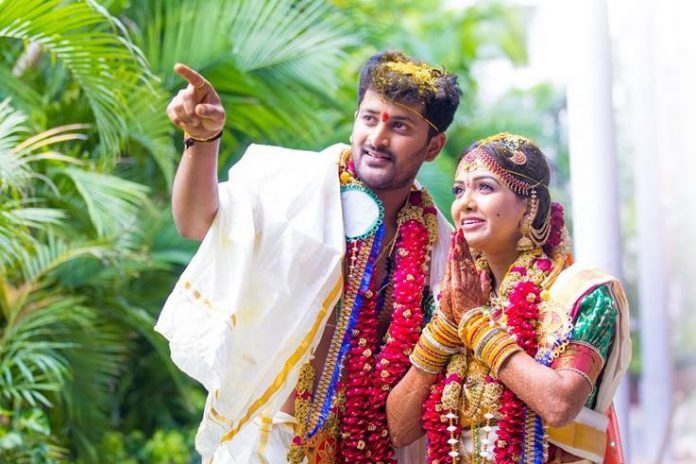 Telugu television actor, Pradeep Kumar committed suicide on May 3, 2017 at around 4am in the morning. The actor was known for playing the protagonist in Telugu TV serial, Saptha Matrika.

Pradeep Kumar was found hanging at his Hyderabad residence early today morning by his wife. He had recently married television actress Pavani Reddy, who us seen on Agnipooulu. The police is investigating the matter and no suicide note has been found at the actor’s residence yet. Pavani told the media that the two had a minor argument late on Tuesday night after which the incident occurred.

She said, “We had a party at home. My brother, sister and their children were there. They went back at around 12.30am. We began arguing at around 2am and he walked out of the house at 3am. I waited for him and then went to sleep at around 4am. It was just a small fight. I did not expect him to take such a step.”

Reportedly, after the fight Pradeep smashed his hand against a mirror due to uncontrollable anger post which he took this drastic step. Pavani told the police that Pradeep went to sleep after she administered to his wounds and she was asleep when the incident happened.

“I got up in the early hours to wake up Pradeep as he had an early morning shooting schedule. When I opened the door, I found Pradeep hanging from the ceiling fan,” she told police.

Hyderabad ACP Ramanakumar told The News Minute, “The body has been sent for post mortem and we are waiting for the report. After we get the report, we will question the people on the the sets of his show Sapta Matrika and other people associated with him as he has not left a suicide note. We have also recorded his wife’s statement. She said that when Pradeep had come home last night, he said he had a long day at work and that he seemed very annoyed.”

Pradeep Kumar was well known for his role in serials like Saptha Matrika and Sumangali which airs on Sun TV. RIP Pradeep Kumar.