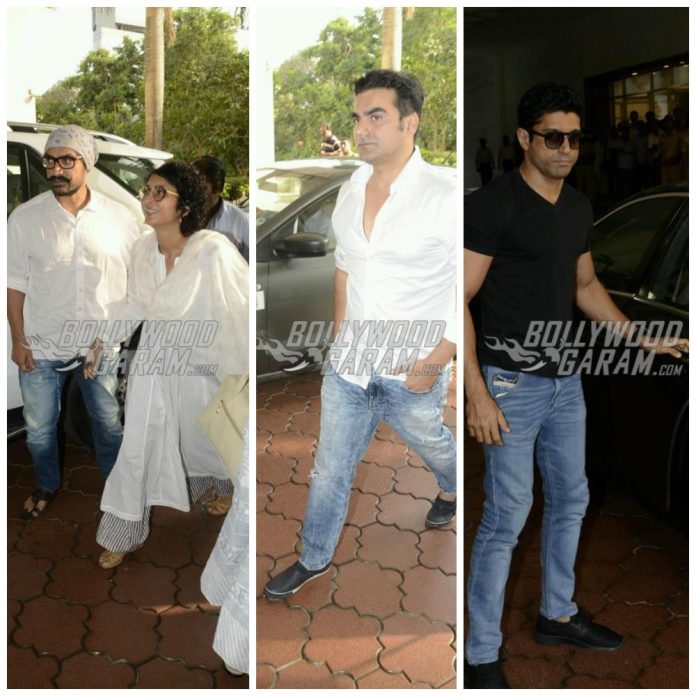 Veteran Bollywood star Vinod Khanna breathed his last on April 27, 2017 at the age of 70. The actor lost his battle with cancer and has left behind his wife Kavita and four children Akshaye Khanna, Rahul Khanna, Sakshi Khanna and daughter Shraddha Khanna. Celebrities from Bollywood attended a prayer meet in remembrance of the late superstar held in Mumbai on May 3, 2017.

The funeral ceremony also saw the presence of Khanna’s colleagues from the Bhartiya Janata Party. However, actor Rishi Kapoor expressed his disappointment over the absence of many of the actors from the new generation and added that they had time to attend Priyanka Chopra’s bash. The actor had then also clarified that his wife Neetu Kapoor and son Ranbir Kapoor could not make it to the funeral as they were out of the country.