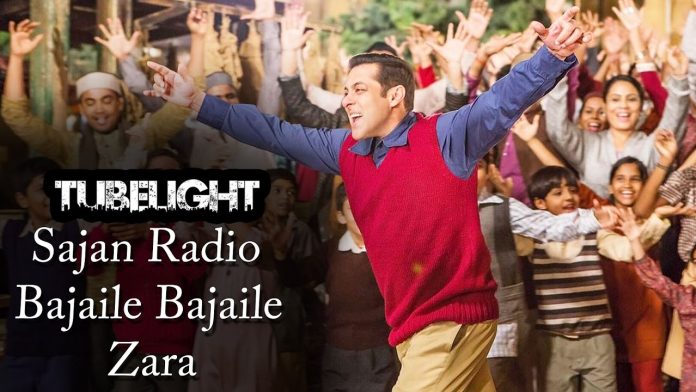 Kabir at the launch event said, “Salman is busy shooting in Abu Dhabi for his film ‘Tiger Zinda Hai’. When he will come back, we will meet again.” Choreographer Remo during the event shared his experience and said that he had a great time working with Salman along with about a 1000 dancers for the song.

Pritam while talking about the song said that he tried to capture the 60s era in the musical arrangement. Tubelight is ready to be released in theatres on June 23, 2017. The official music video of The Radio Song releases on May 16, 2017.

But the best part of the event was that makers of the film played the song for all to hear and even got all the media personnel present at the event to dance to it! Now that’s definitely an interesting way to promote your movie. Check out The Radio Song’s official poster, shared by Salman Khan earlier in the day –