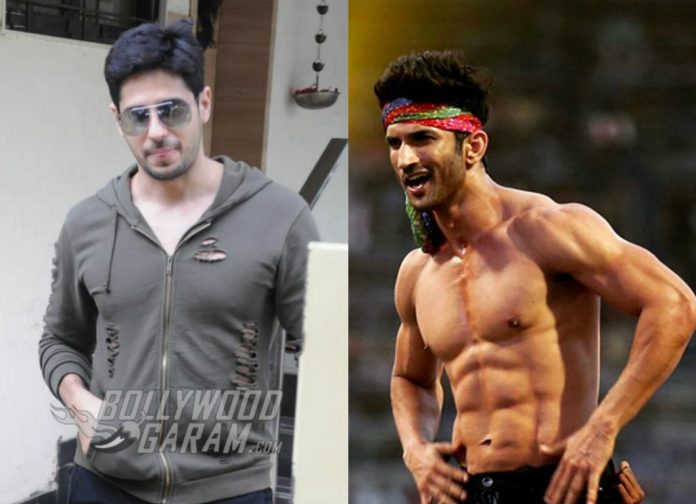 Sidharth Malhotra and Sushant Singh are one of the busiest actors in Bollywood. Sidharth was snapped at an office while Sushant was seen outside a studio in his car. Sushant is these days busy promoting Raabta and is often caught catching up with co-star Kriti Sanon. The Kai Po Che actor was seen shying away from the cameras as he sat on the front seat besides his chauffer.

Sidharth was seen outside a production house and carried a stylish look as always in a green jacket and black cargo pants. The Student of The Year actor is currently preparing for the release of his upcoming project Reload opposite actress Jacqueline Fernandez.

Sushant Singh Rajput is currently preparing for his upcoming project Chandamama Door Ke in which he will be seen playing the role of an astronaut. The actor recently also shared a video on his Instagram account of his training schedule in Bangkok and captioned it, “Training video of #Raabta preparations in Bangkok. Hope you guys enjoy it..!!”

Training video of #Raabta preparations in Bangkok. Hope you guys enjoy it..!! P.s this is a training video and is not the climax of the film:)