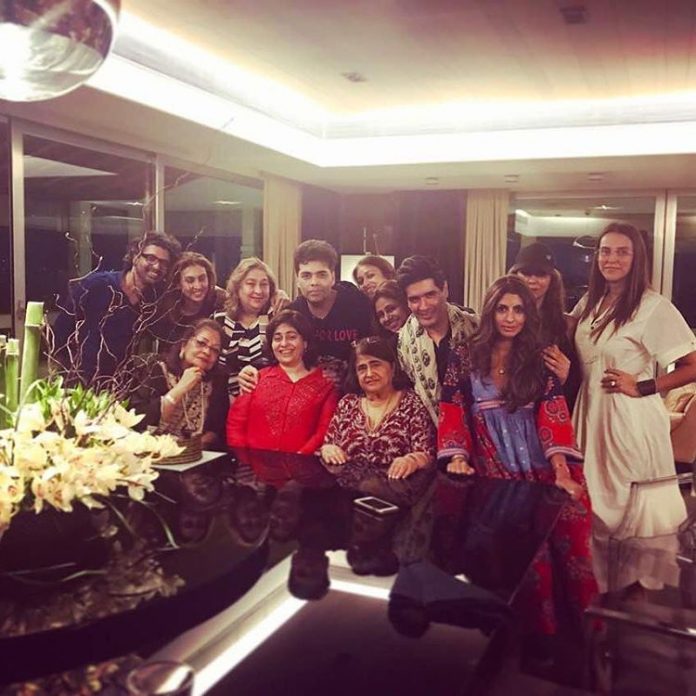 Close friends have a fun time at Karan Johar’s bash

Producer and director Karan Johar has a number of reasons to celebrate. Right from the birth of his twins Roohi and Yash to the magnificent success of Baahubali 2: The Conclusion. Close friends and family joined the filmmaker for an intimate party at his residence in Mumbai on May 15, 2017. Reports say that the party was thrown for close friend, Nitasha Nanda.

Karan Johar’s bash was attended by Neha Dhupia, Gauri Khan, Shweta Bachchan, Hiroo Johar, Manish Malhotra, Niranjan Iyengar and others. Manish Malhotra threw a hint about the party through an Instagram post and wrote, “After A Long Working Day the Most Relaxing can be Dinner with Friends . @karanjohar dinner for our wonderful @nandanitasha.”

Karan is at present busy spending time with his twins Roohi and Yash, who were born through a surrogate mother. Since the time the twins have been brought home, well wishers from Bollywood have been frequently visiting them. Shah Rukh Khan’s wife Gauri Khan, has even designed an adorable nursery for the children.

Karan recently spoke about his life with a leading daily and said, “At the very beginning of my career there were questions that doubted me on what I would achieve years down the line. It’s simple… The answers lie within, so keep seeking.” The filmmaker is elated over the success of the film Baahubali 2: The Conclusion. The Hindi dubbed version of the S.S. Rajamouli film managed to cross the domestic lifetime collection by Dangal in just 14 days.