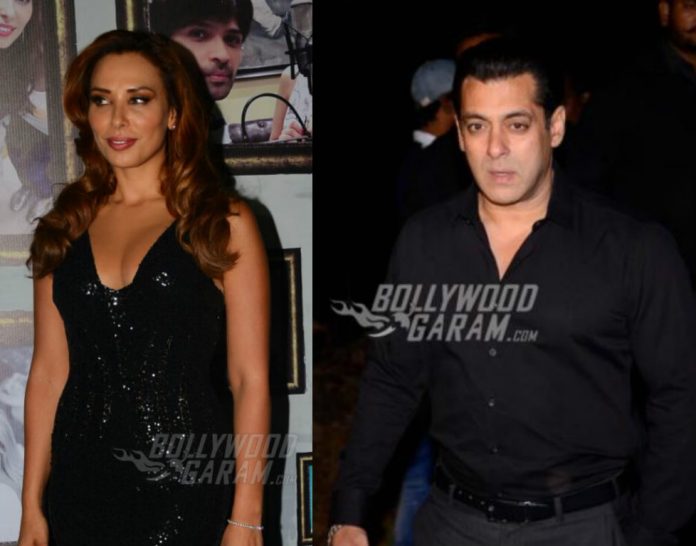 It’s always great to have Salman Khan as your “good friend” when you’re making it in the City of Dreams. Sallu bhai has not only helped Lulia Vantur gain a number of Bollywood projects, but now he’s taking their friendship to new heights. According to sources, Salman is now looking for a comfortable home for his rumoured girlfriend in his own neighbourhood of Bandra.

And what’s more, the source states that Bhajrangi Bhaijaan is allegedly gifting the house to Lulia Vantur! He’s been busy searching for appropriate penthouses in the plush Mumbai suburb that is suitable for the Romanian starlet. A broker who claims to be in on the deal, told a leading daily, “He has been heavily investing in properties for his family and also buying a flat for Lulia.” Salman has been brought up in Bandra, with the Khandaan‘s sea-facing Galaxy Apartments flat being his go-to to wave at fans from the balcony and eat biryani prepared by their trusty cook. It’s heartening to know that he wants to keep his friends close as well, especially Lulia Vantur, who is a newbie in town.

The source even mentions which flats Salman Khan has narrowed down. “A few buildings that the actor has checked out include Jivesh Terrace, The Address and Sagar Resham, all in the vicinity of his house. They are either duplex houses or above 1,500 square feet in size, in the range of Rs. 25-30 crores. He will finalise one after getting Lulia’s approval.”

The amount he is shelling out for Lulia is jaw-dropping, but consider this – it’s peanuts for him, since his films earn hundreds of crores each, anyway. And isn’t it great to have your loved ones staying within surveyable distance to you? Looks like this “close friendship” between Salman Khan and Lulia Vantur is getting serious!