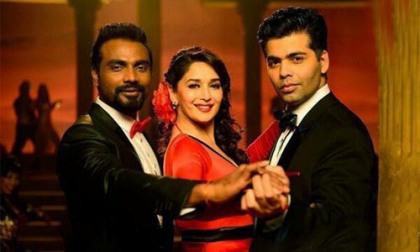 As the promos for season six of celebrity reality show ‘Jhalak Dikkla Jaa’ have hit the TV screens, the contestants taking part have been revealed. Some of the well-known faces from the world of TV and Bollywood will be taking part on the show.

This season will feature familiar faces, like TV actress Shweta Tiwari, singer Shaan, actor Siddharth Shukla, Karnvir Bohra and many others will be seen taking their turn on the dance floor. Preparations for the show are under way and the countdown has begun. This season, the judges on the show include Karan Johar, Madhuri Dixit and Remo D’Souza, and contestants will have to win the hearts of judges as well as the audience.

The show is all set to premiere on June 1, 2013 on Sony Entertainment Television. Other contestants on the show include Drashti Dhami, Lauren Gottlieb, Karanvir Bohra, Aarti Chabbria, Eijaz Khan, Ekta Kaul and Suresh Menon.

TV actor Gurmeet Chaudhary was the winner of the previous season and makers of the show assured the audience they will have a good time this season as well. The show is the Indian version of the American TV show ‘Dancing With The Stars’ where  celebrities are accompanied by professional dancers.