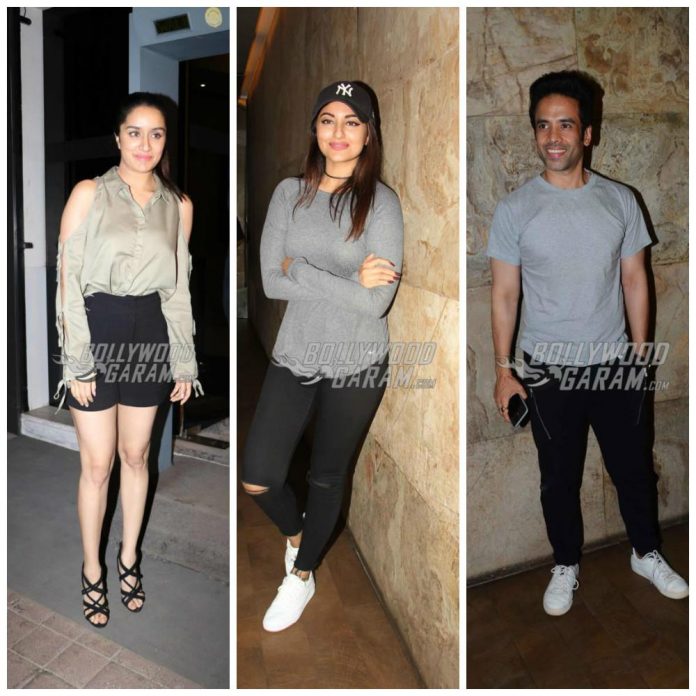 Lead actress Shraddha Kapoor, along with a host of Bollywood celebs attend the premiere event of Half Girlfriend in Mumbai

Shraddha looked pretty in black shorts and a golden cold shoulder top and was all smiles as she posed for the cameras. Director Mohit Suri was accompanied by wife Udita Goswami and his daughter. Author Chetan Bhagat was also seen at the screening event in a blue shirt and denims.

The makers have worked hard for promotions and the expectations are high as each of Chetan Bhagat’s book adaptations, have been blockbusters. Half Girlfriend has released in theatres today, let’s see if people like it!