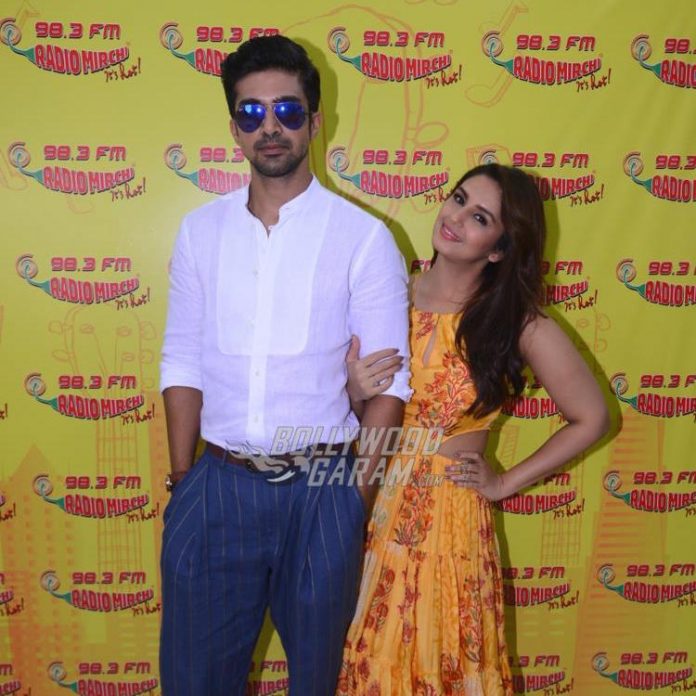 Actors Huma Qureshi and Saqib Saleem promoted their upcoming movie Dobaara – See Your Evil at Radio Mirchi Studios in Mumbai on May 19, 2017. The brother and sister duo are all set to feature together in the upcoming film directed by Prawaal Raman and jointly produced by Ishan Saksena, Vikram Khakhar, Sunil Shah and Prawal.

Huma for the promotional event looked gorgeous in a yellow maxi outfit while brother Saqib looked dapper in a white shirt and a stripped trouser.

The story of the movie revolves around a haunted mirror and is based on the hit Hollywood horror film, Occulus. Saqib and Huma will also be seen playing on-screen brother and sister, who have contradictory thoughts over the killing of their parents which happened a decade ago. The movie also stars Adil Hussain, Lisa Ray, Rhea Chakraborty, Madalina Bellariu Ion and Abhishek Singh and will be released in theatres on June 2, 2017.