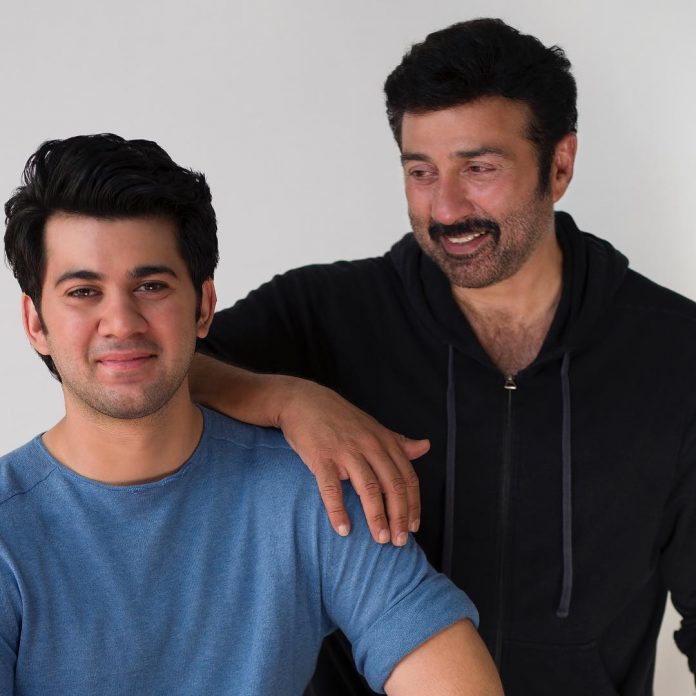 Sunny Deol is all set to launch his son Karan Deol in Bollywood with Pal Pal Dil Ke Paas in collaboration with Zee Studios. The shooting for the film recently started in Manali and is being helmed by Sunny Deol himself!

Karan Deol is the third generation in the Deol family after grandfather Dharmendra and father Sunny and uncle Bobby Deol to make a mark in Bollywood. Sunny Deol also posted a picture of father-son on Instagram and wrote, “Started #palpaldilkepaas on May 18, 2017 .. Karan’s first day at shoot.. can’t get enough.. my boy has grown big #love #blessings #actor #life#my #son #launched #gratitude #family#happiness #karandeol #ppdkp”

Pal Pal Dil Ke Paas is a love story, which will be filmed in the locales of Manali. The title is from Dharmendra’s favorite romantic songs from the film, Blackmail (1973).

Sunny Deol, a proud father recently quoted in an interview, “Life has come a full circle. My father launched me and now, I am launching my son. Karan is extremely passionate about his acting career and I am sure he will make everyone proud. I’m glad he will be making his debut with Zee Studios backing the project. I have full conviction in them and that they will leave no stone unturned to give the film its due.”

Talking about Karan Deol’s debut and collaborating with Sunny Deol, Sujay Kutty, Business Head at Zee Studios says “We have had a successful association with Sunny Deol in the past and this time too, we look forward to a fruitful collaboration. The film is a fresh, young love story and Karan is the new actor in Bollywood to watch out for.”