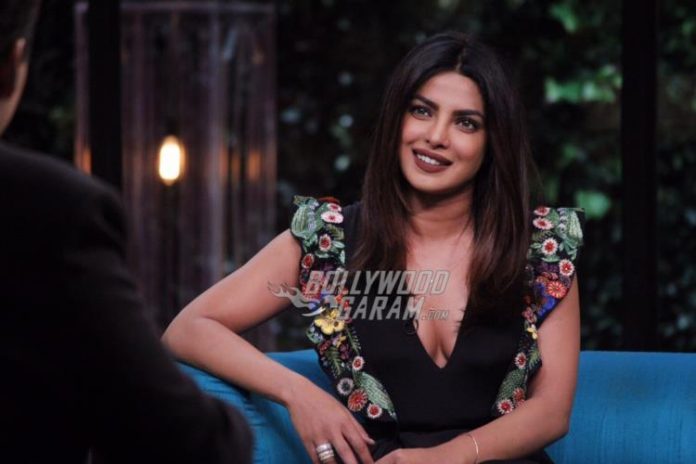 Priyanka Chopra gets “burned” by Gordon Ramsey for her famous khichdi!

Gordon Ramsey is one of the most celebrated celebrity chefs in the world. With a number of awards for his chef skills, the Hell’s Kitchen host knows everything about food and culture there is to know. And along with his knowledge for food, he is also famous for his burns to those who are not serious about his passion. The ruthless Gordon Ramsey doesn’t hold back when it comes to giving criticism for dishes gone horribly wrong.

The public jibes that Chef Ramsey makes on social media started when a follower sent him an image of the dinner he made. In jest, Gordon Ramsey gave him constructive, but a very insulting response, or what the internet calls a “burn”. What followed were a slew of tweets of people sending images of what they were eating for dinner, very much willing to get burned by the famous chef.

So when Gordon Ramsey made it to the Watch What Happens Live! show hosted by Andy Cohen, it was obvious that he was going to be asked to burn even more people for the cooking skills, or lack thereof. And what ensued was some hilarity, but also major insults to a number of well-known faces. Because Andy Cohen didn’t just show Gordon Ramsey random dishes from the internet. He picked up photographs from different celebrity Instagram accounts, including our very own Priyanka Chopra.

The Baywatch beauty had posted an image of her packing khichdi and chicken soup for her co-star on Quantico. Of course, no one in the West really knows what the rice and dal recipe is, but those who do know that it’s the go-to dish from our mothers’ kitchens. However, it did not impress Gordon Ramsey in the least bit, and with one quick look, he said that it reminded him of “dog food”. But, he didn’t mean to insult Priyanka Chopra and all of this was meant to be a joke. The star has yet to respond to the burn.