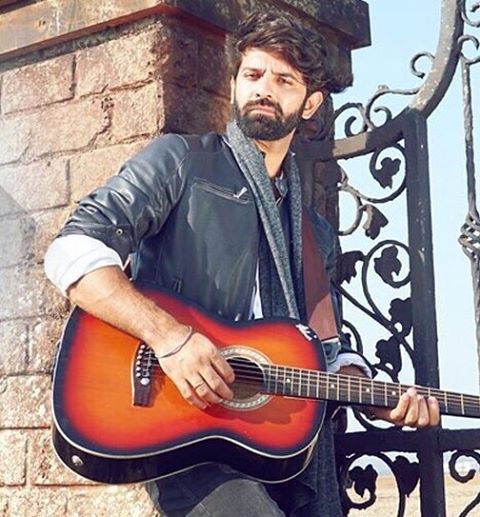 The famous TV show, Iss Pyaar Ko Kya Naam Doon is back with the third season and so is the TV star, Barun Sobti. Barun will play the role of Advay Singh Raizada. He is portraying a completely different look from the first season. The makers have released the soul-stirring, song of the serial, Rabba Ve, which features a bruised, emotional Barun Sobti in search of his love. Barun Sobti has posted a picture of his look on social media. He looks tough and brooding anti-hero.

The famous couple of the show, Sanaya Irani – Barun Sobti have been replaced. Shivani Tomar, the actress of Kasam – Tere Pyaar Ki will be seen as the lead character opposite Barun Sobti in the serial. She will play the role of the love interest of Barun’s character.

DNA quotes Shivani saying, “I will be playing the lead in the third season of Iss Pyaar Ko Kya Naam Doon opposite Barun Sobti. I am really excited about the show and my character. It’s very different and I am really looking forward to the journey.”

Barun Sobti also spoke to DNA about missing her co-star Sanaya Irani. He says, “Sanaya and I are really good friends. As a co-star and for the kind of talented actor she is, I will definitely miss her on the show since our chemistry was highly appreciated. We continue to be good friends after the show and we do meet often! Now, I am hoping to recreate the magic with Shivani. She is a promising actress.”

Barun also seems excited about his comeback show. He told Hindustan Times, “I have always wanted to work in a show that has good content. I am looking forward to the anti-hero role. I hope people don’t hate me. This will be a one-year-long show and I have been a fan of finite shows.”

Actress Mitaali Nag, who welcomed her first child, son Rudranssh, earlier this year, will also make her comeback with Iss Pyaar Ko Kya Naam Doon 3. She will be seen as playing the role of actor Barun Sobti’s mother in the show. She said, “As a new mother myself, I can completely relate to the character that I’ll be portraying on screen. My husband has been extremely supportive, and I’m glad to be back on screen with this show,”

So, this season would be a completely different story. It will not relate to anything from season 1. According to reports, the main plot of the story will revolve around Advay, and his journey to find the love of his life. The show’s release date has not been announced yet.