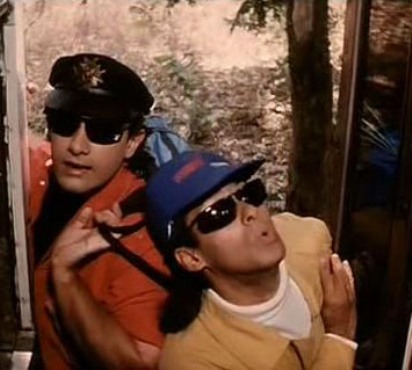 There are some good news for all fans who are eagerly awaiting for the sequel of the 1994 movie ‘Andaz Apna Apna’. Makers of the hit movie are going to start shooting for the sequel by the end of 2013. The movie is a 1994 blockbuster which starred Aamir Khan and Salman Khan.

The sequel is expected to go on floors by the third week of December 2013. Rajkumar Santoshi, the original director of the movie was approached by producer Vinay Kumar Sinha to start working on the project. Pre-production will begin as soon as he wraps up ‘Phata Poster Nikla Hero’ which he is currently shooting.

The cast of the second installment is yet to be finalized and attempts are being made to bring the original cast on board. Vinay Kumar, while talking to the reporters, said, “We will be discussing the project with Aamir and Salman. It would be great if that works out. Otherwise, we’ll sign up some other actors to play the lead.”

More reports revealed that the makers have roped in Ram Mirchandani, who is the co-producer of ‘Vicky Donor’, to head the production unit. Kumar, while talking about the delay, said that people were telling him to make a sequel ever since the movie became a hit, but now as remakes and sequels are a trend, it is the best time to do it.