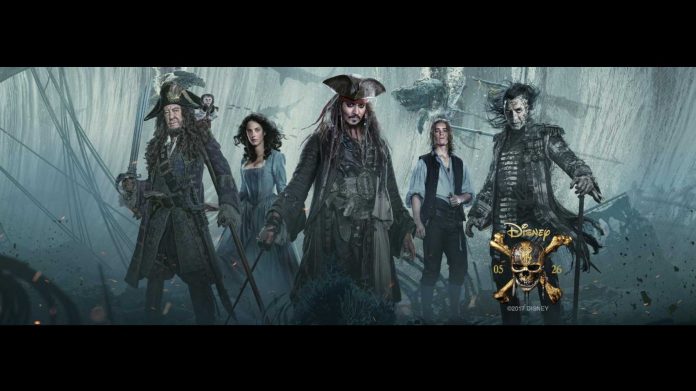 Arshad Warsi has dubbed for the Hindi version of the character of Captain Jack Sparrow in Pirates Of The Caribbean: Salazar’s Revenge

Bollywood funnyman Arshad Warsi has lent his vocal talent for the Hindi dubbed version of the upcoming Pirates Of The Caribbean: Salazar’s Revenge. The fifth instalment to the hit Disney pirate franchise sees some of the most beloved characters on the big screen once again. Arshad Warsi has voiced the character of Captain Jack Sparrow, played by Hollywood A-list actor, Johnny Depp. The actor is happy with the results and says that it “sounds like Indian humour”.

“Disney is very happy the way I dubbed for this film. It wasn’t easy to dub for Jack Sparrow because his character is drunk at different levels in the film, most of the times. I have made this voice very localised and it sounds like Indian humour. I hope people enjoy the movie at the theatres.”

At the special premiere of the Hindi version of the film, a number of celebs attended the screening, including Bollywood on-screen baddie, Gulshan Grover. He is reported to have told the media, “I have been a fan of Johnny Depp and Pirates Of The Caribbean, but what is special about this film is Arshad Warsi has dubbed for the Hindi version of this film. It’s double excitement to see the film and hear voice of Arshad as Jack Sparrow on the big screen.”

Singer Neha Bhasin also attended the premiere, and had only good things to say about Arshad’s role in the Hindi version. “I am here to support Arshad Warsi. I was busy working so, with this film I am going to have fun. I have seen earlier part of this franchise and Johnny Depp’s character is my favourite.”

Pirates Of The Caribbean: Salazar’s Revenge is a wild ride on the high seas. An old enemy of the eccentric Captain Jack Sparrow is back for revenge. Capitan Salazar is in search of the Trident of Poseidon, a powerful instrument that gives its holder the power to rule the seven seas. The film stars Johnny Depp, Javier Bardem, Orlando Bloom, Keira Knightley, Geoffrey Rush and Kevin McNally among others.

Pirates Of The Caribbean: Salazar’s Revenge (Hindi version) will release today, Friday May 26, 2017.