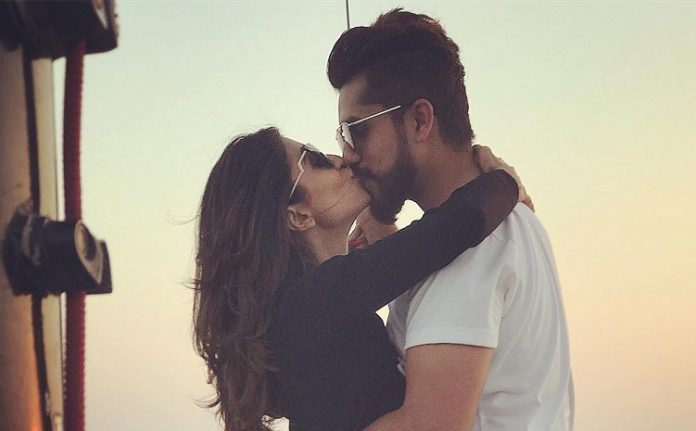 One of the famous telly couples, Kishwer Merchant and Suyyash Rai have recently shared a picture of them kissing. The couple, who got married in 2016, uploaded a picture of the two locking lips with the sea in the background on Instagram. The picture immediately got viral on social media and fans went crazy.

In an interview with SpotBoyE, Kishwer says, “We have been missing each other a lot. Suyyash has been traveling to Rajasthan for his show. I was in Chandigarh for a while. The day I came back, he had to leave for Goa. So, we just decided to put our kiss picture out. Nothing wrong with that. Plus, this kiss was not in public. Three of our closest friends were with us.”

She also added, “It’s a sweet moment between a husband and wife.”

When asked about starting up a family, Kishwer said, “Not for the next 2 years at least. We both are busy in our work.”

The couple had been a part of Big Boss 9 together. Suyyash Rai will be next seen in Sony TV’s Pehredaar Piya Ki along with Tejaswi Prakash in the lead role. Whereas, Kishwer is currently busy shooting for Savitri Devi College and Hospital.

Here is a glimpse of the happy couple together –