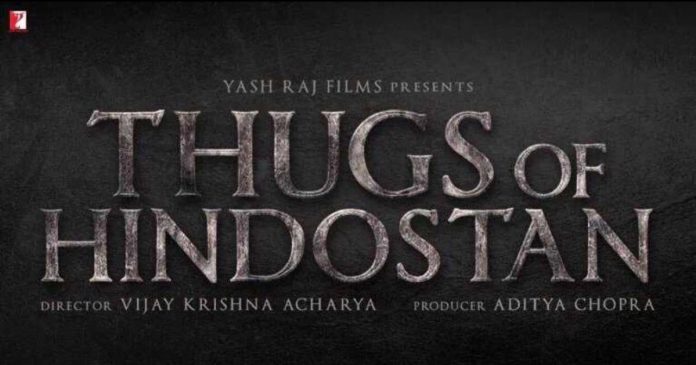 Thugs Of Hindostan stars Amitabh Bachchan, Aamir Khan, Katrina Kaif and Fatima Sana Shaikh and will be shot on ships docked at Malta

The first official movie poster of Yash Raj Films’ Thugs Of Hindostan has finally been released! The drama film on the high seas is reported to begin shooting from June 5. The film stars veteran acting powerhouses – Aamir Khan, Amitabh Bachchan and Katrina Kaif. The film also stars Aamir’s Dangal co-star, Fatima Sana Shaikh in a pivotal role. This is the first time that the audience will get to witness the magic of Aamir Khan and Amitabh Bachchan together on the big screen. The film is being directed by Vijay Krishna Acharya.

Thugs Of Hindostan will begin shooting next month in Malta. The film will be based on a ship. A statement released from Yash Raj Films states: “This ambitious film that brings together Amitabh Bachchan and Aamir Khan for the first time, will begin to shoot aboard two specially constructed, massive ships, that are currently docked by the Maltese seaside. Thugs Of Hindostan will begin filming on these ships that have been built for over two months.”

And director for Thugs Of Hindostan, Vijay Krishna Acharya said about the film, “The set of the film is in a high security water zone, with restricted access. Both these ships have been built in the early eighteenth century style when vessels would carry cannons and other weapons. An international crew has been hard at work creating these elaborate ships in Malta. Most of the portions filmed on board these ships involve high octane action.”

Aamir Khan has already teased his look for Thugs Of Hindostan. The superstar has been sporting a nose stud, along with a moustache and unruly hair. The film is set for release sometime around Diwali 2018.