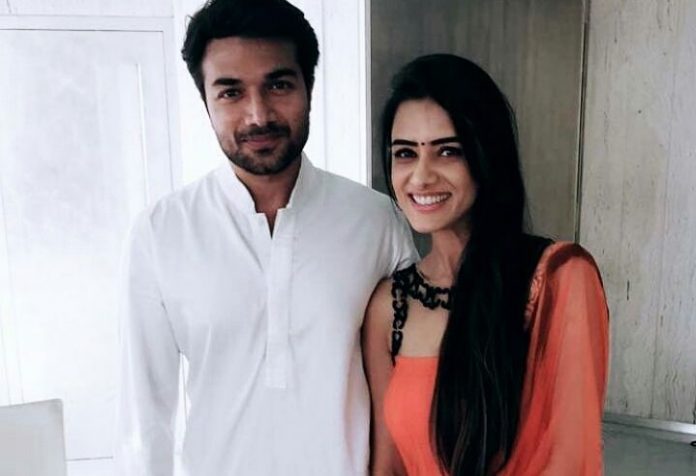 Leading on-screen couple from Meri Aashiqui Tumse Hi, Smriti Khanna and Gautam Gupta aka Ritika and Sharman have made their relationship official by putting a ring on it! The couple recently got engaged in a close knit ceremony which was attended by family and friends. For the ceremony, Smriti sported a gorgeous orange color salwar-kurta with no makeup while and Gautam wore a white kurta-pyjama.

Last month, on April 13, 2017, Gautam proposed Smriti in Goa, underwater. The couple even shared a video of the same in which an excited Smriti can be seen gladly accepting the proposal!

Earlier while talking to the media, Smriti said, “We are here in Goa to celebrate Gautam’s birthday (which was yesterday, 13 April), and he just swept me off my feet with this lovely surprise. We started dating after Meri Aashiqui got over and I think it’s magical how we connected and found love. Our families are really excited and it is an amazing feeling.”

Smriti and Gautam met each other on sets of Meri Aashiqui Tumse Hi. The duo become friends and started seeing each other once the popular television show ended. The wedding ceremony is expected to take place in early 2018.

Smriti is now seen on Colors’ Kasam Tere Pyaar Ki playing the role of Malaika. While Gautam started his career with Ram Gopal Verma’s Go and later made his TV debut with Meri Aashiqui Tumse Hi. After which he worked with Ekta Kapoor in Kuch Toh Hai Tere Mere Darmiyaan opposite Shritama Banerjee. However, currently Gautam has quit acting and has joined his family business.

Here are some cute pictures of Smriti Khanna and Gautam Gupta –

And this is how it happened.. Partner for life @smriti_khanna ?

Made for each other