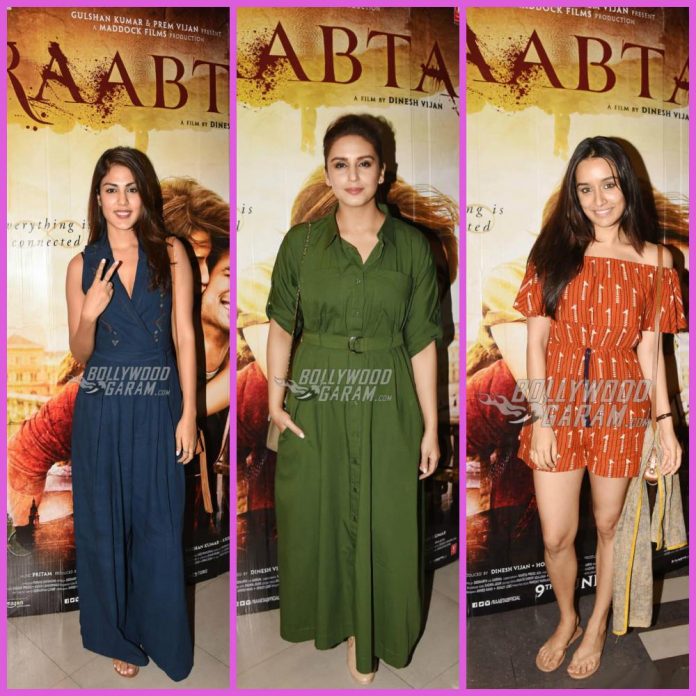 Raabta has hit theatres on June 9, 2017 and is on the theme of reincarnation. Sushant for the premiere event looked dapper in a black pullover and black pants while Kriti was snapped in a black sleeveless t-shirt and a leopard print skirt. As the film has so far received mixed reviews.

The makers of the film were supposed to release in 2016, but the film was delayed due to casting issues. The film was also in a legal trouble recently when the Magadheera producer Allu Arvind, who claimed that Raabta was a copy of Magadheera. The matter was settled by the makers through an out-of-court settlement.