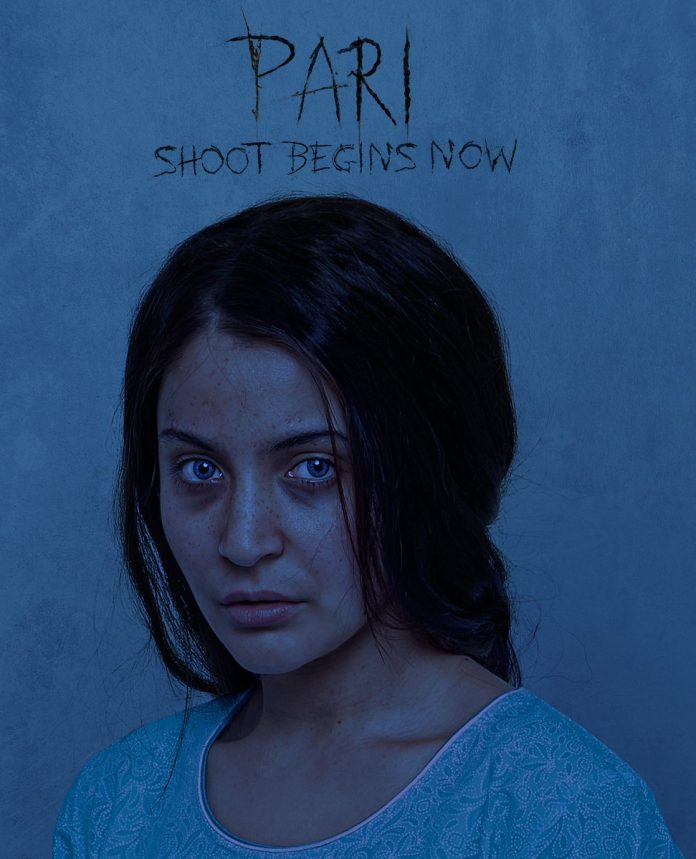 Anushka Sharma has begun the shooting of her third production venture Pari. The Phillauri actress shared the first look of Pari through her Twitter account on June 13, 2017. The first looks has shown a scary looking Anushka, which has hinted that this might be a horror flick.

Sharma shared the poster and wrote, “Pari…First Look @OfficialCSFilms @kriarj @paramspeak#PariFirstLook” The film went on floors last week in Mumbai. Anushka’s brother Karnesh Sharma too released a statement saying, “Here’s the first look of Pari, our next production. The film is on floors now and we are looking forward to a memorable shoot.” Anushka had a successful debut as a producer with the film NH 10 which was based on then-delicate issue of honor killing in India. The actress then ventured in the romantic comedy Phillauri, which could not take off at the box office.

It is good to see that Anushka is bold enough to venture in to different genres. The film is produced by Clean Slate Films and KriArj Entertainment and is directed by debutant Prosit Roy. KriArj Entertainment’s Prerna Arora released a statement saying, “Pari is a fantastic story. It promises an intriguing and engaging cinematic experience for the audience. We are very excited for this collaboration with Clean Slate Films and are certain that the content we create will further the reputation of our young companies and stand out from the crowd.”

Anushka Sharma is also preparing for the release of the upcoming film Jab Harry Met Sejal which also stars Shah Rukh Khan. The Ae Dil Hai Mushkil actress will also be seen in a cameo in the upcoming biopic of Sanjay Dutt, featuring Ranbir Kapoor. Anushka shot to fame with her debut in Bollywood with the film Rab Ne Bana Di Jodi opposite Shah Rukh Khan in 2008. The actress is also one of the highest paid actresses in the industry.