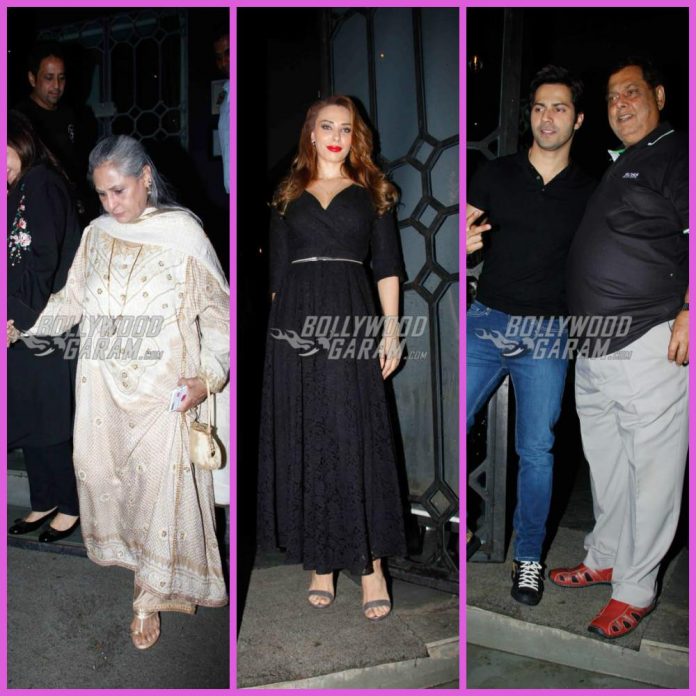 Iulia, who recently released her single Aap Se Mousiiquii with Himesh Reshamiya , looked gorgeous in a black outfit and posed for the cameras as she arrived for the bash. Veteran actress Jaya Bachchan was also seen in an ethnic outfit at the party. Varun was seen escorting Jaya to her car after the party. The Badrinath Ki Dulhania star looked dapper in a black polo t-shirt and a pair of blue denims while brother Rohit appeared in a grey t-shirt and black pants.

Varun recently wrapped the London schedule for his upcoming film Judwaa 2, which also stars Taapsee Pannu and Jacqueline Fernandez. The film is a sequel to the 1997 film Judwaa which had Salman Khan in the lead double roles.