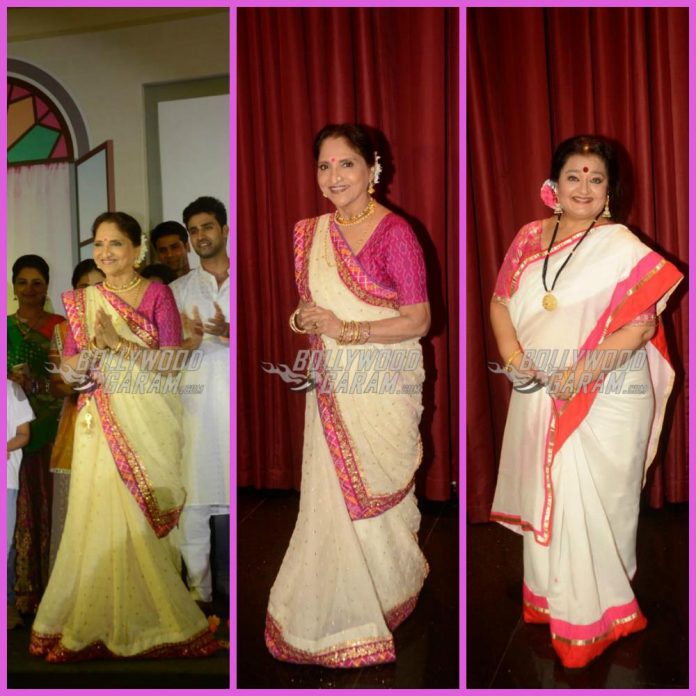 Producers JD Majethia and Aatish Kapadia’s Hats-off Productions have launched a new show Bakula Bua Ka Bhoot on &TV at an event in Mumbai on June 12, 2017. The show stars Sarita Joshi, who is the main protagonist named Bakula and Apara Mehta who will play the role of her sister-in-law, Rekha. Other actors of the show include Amit Varma, Tulika Patel, Deepak Pareek and Muskan Bhamne in the pivotal role amongst others.

The concept of the new show is completely different from the regular saas-bahu stories on TV. The story is about Bakula, who is the sole decision maker of the family, who were earlier owners of a dairy. However, the over-powering nature of Bakula does not go down well with the family members, who secretly wish to see her dead (all in good humour).

Somehow, their prayers were answered and Bakula finds herself dead, but Bakula, owning to her bossy nature tricks the Yamraj, into letting her back to the human world as a ghost; and so she continues to rule over her family being a ghost. This upcoming comedy seems one of a kind will go on air from June 24, 2017.

So until the show comes on TV, treat your self to the photos from the launch event –