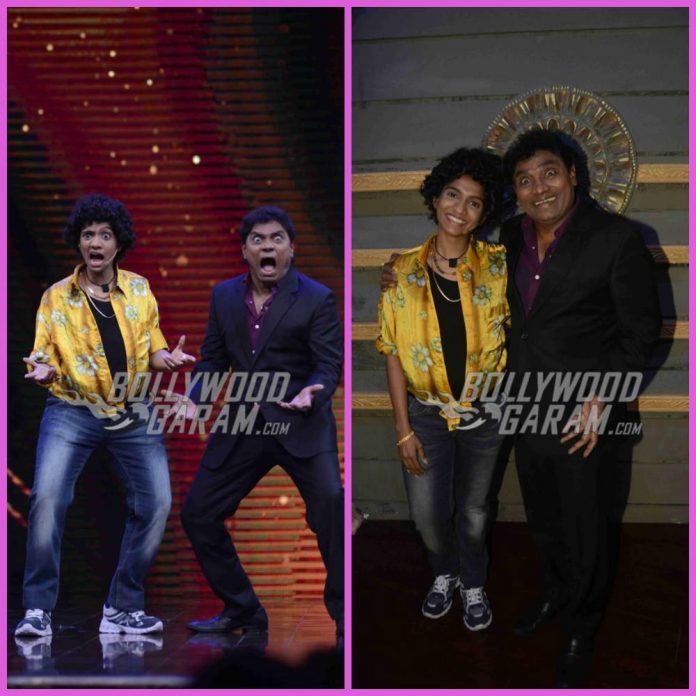 Actor and comedian Johnny Lever shot for a Father’s Day episode on the sets of the show Sabse Bada Kalakar in Mumbai on June 13, 2017. The show also stars Johnny Lever’s daughter, Jamie Lever. This will be the first time the father-daughter duo will be seen together on the show.

Jamie, during the show, had asked her father how he felt to be on the show to which he replied, “I am very happy to be on this show. I watch your show on TV. The kids on the show are so talented.” The comedian had a great time interacting with the contestants and the judges and was seen posing with daughter Jamie for the cameras.

Johnny also said that he was proud of his daughter Jamie and added, “Which father will not feel proud to see his daughter do good? I really hope that you do very well in life.” The show also saw the judges Raveena Tandon, Arshad Warsi and Boman Irani.