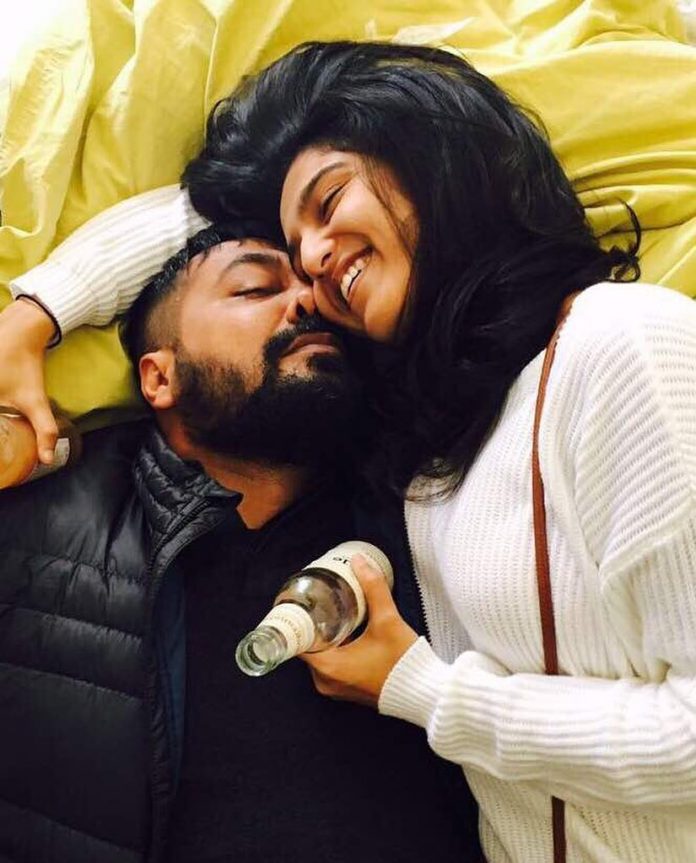 Maverick filmmaker Anurag Kashyap may have had a little professional hiccup after there were complaints made by a female employee against partner Vikas Bahl. But personally, he’s doing just fine. And the man likes to wear his heart on his sleeve, or indulge in PDA through social media! The Gangs Of Wasseypur filmmaker seems to head over heels for his new beau, Shubhra Shetty.

The two like to share shots from their happy life together, including images of them working out in flexible yoga poses and cuddling together in bed. The loved-up couple seem blissed out and could care less about what the public has to comment about their affection. Shubhra Shetty is a 23-year-old that worked in Phantom Films, co-owned by the 44-year-old filmmaker.

Their love blossomed and now there are reports that two live together. And Shubhra has accompanied Anurag as his plus-two for Madhu Mantena and Masaba Gupta’s wedding. They were even photographed in New York on vacation, where they joined Anurag’s 16-year-old daughter, Aaliya, from his previous marriage to Aarti Bajaj.

The couple are yet to address the media about their alleged relationship, but it’s so obvious they are together, just from their social media shares. Anurag Kashyap was last married to French-Indian actress, Kalki Koechlin. The two worked on the cult hit Dev D that also introduced Kalki to Bollywood. However, their relationship soon ended and they divorced after just four years of being together.

A number of internet trolls are mocking Anurag Kashyap for dating someone who is a few older than his own daughter. However, in the millennial age, that is hardly an issue and the two seem genuinely in love, so it’s time to celebrate them!