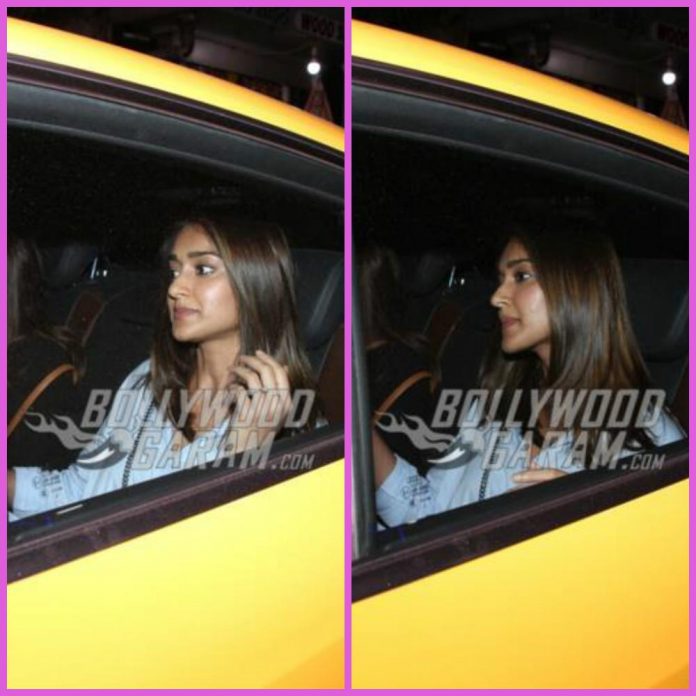 Not just actors, even actresses have a craze for swanky cars. Ileana D’Cruz, has become one of the Bollywood stars who has gifted herself an expensive high-end sports car. The Barfi actress was having a ride in her new car, which is a brand new Audi sports car in Mumbai on June 14, 2017.

The car and the actress both looked gorgeous. The Rustom actress wasn’t driving the car herself, but seemed to enjoy the ride from the back seat. Ileana was off to Fiji for a vacation and is back to Mumbai and will soon be back to work as well. The actress, during her vacation, had shared some beautiful pictures.

Ileana was last seen in the Akshay Kumar starrer film Rustom, in which she played the role of an unfaithful wife of a Navy officer, played by Akshay. The film was a commercial hit and was also appreciated by the critics. Ileana is currently gearing up for the upcoming film Baadshaho which also stars Emraan Hashmi, Esha Gupta, Vidyut Jammwal and Ajay Devgn. The actress recently shared that on the last day of the shoot, Ileana was trying out Ajay’s glasses. Ajay felt that they looked good on his co-star and decided to gift them to her. Ileana made her debut in Bollywood with the film Barfi and is mostly seen in Tamil and Telugu movies.

Ileana and Ajay shared a great rapport on the sets. Baadshaho is directed by Milan Luthria and jointly produced by Bhushan Kumar, Krishan Kumar and Milan Luthria. The film is ready to be released in theatres on September 1, 2017.