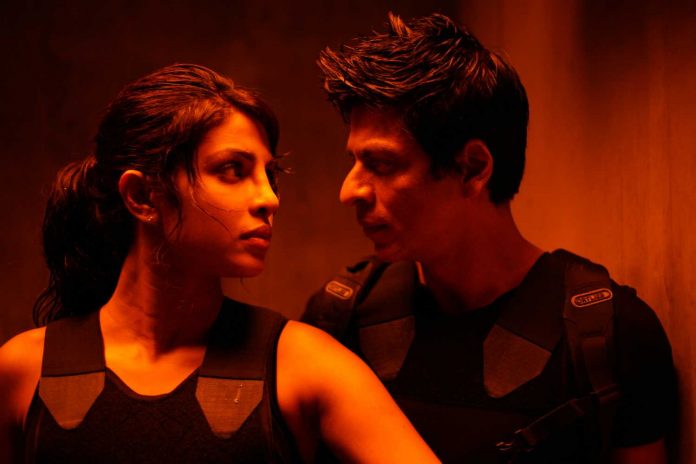 Shah Rukh Khan and Priyanka Chopra hit franchise Don may finally be getting its third instalment. Since Don 2 was released back in 2011, fans have been wanting more to the story. And finally, co-producer Ritesh Sidhwani has given us a glimmer of hope by suggesting that Don 3 may actually be in the works. According to reports, he is reported to have confirmed, “We are thinking about Don 3. We have found the idea and it’s being written now. We will make an official announcement soon.”

The first two films starred Shah Rukh Khan and Priyanka Chopra in the lead roles. However, it is yet to be known if they will be coming back for Don 3. Farhan Akhtar, who is partners with Ritesh Sidhwani, is also yet to confirm if he will be a part of the film. The rights for the original Don film that starred Amitabh Bachchan and became the cult hit of the ’70s, was sold over to Excel Entertainment.

So now that we know that Don 3 is going to happen, what else does Ritesh Sidhwani and team have in store for the audience? “We will start shooting for Reema Kagti’s Gold by the end of the month, while Fukrey 2 is ready, and set for a December 8 release. The trailer will be out soon. Then, we have a web show that Zoya Akhtar and Reema are doing. It’s called Made In Heaven and is about weddings in Delhi.”

He continued, “We have acquired the rights of Timeri N Murari’s novel [Taj: A Story Of Mughal India]. It’s a royal drama. It’s a massive project and will take at least a year to write, and another to make. It’s going to be our flagship show.”