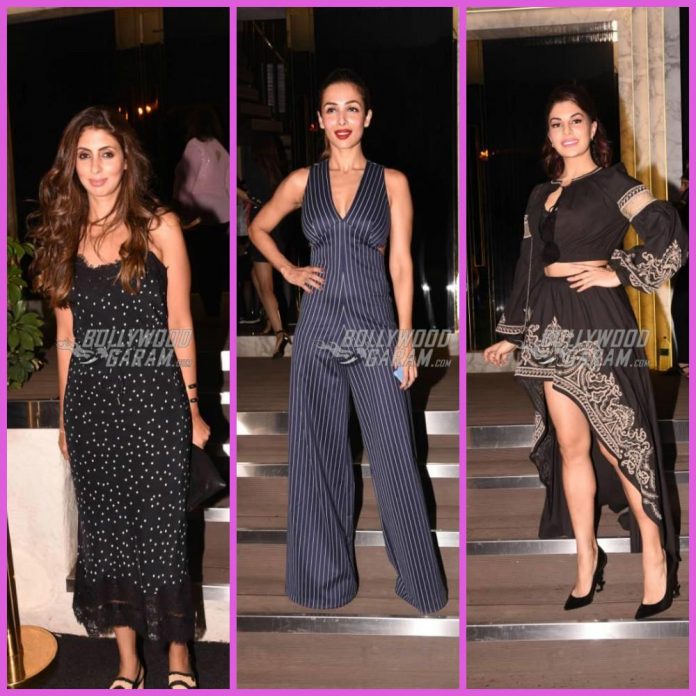 Malaika looked splendid in a formal striped jumpsuit while Shweta looked great in a black dotted outfit. Raabta actress Kriti was seen in a trendy black outfit while Farah Kahn appeared in a formal black outfit. Hritihik’s former wife Susanne Khan too looked pretty in a black dress. Susanne is also an interior designer and has worked with Gauri on several projects. Shahrukh Khan and daughter Suhana too made it to the launch to show Gauri Khan full support! The thee even posed for cameras at the event.

In the past Gauri Khan has also worked on Ranbir Kapoor’s new bachelor pad, Vaastu.