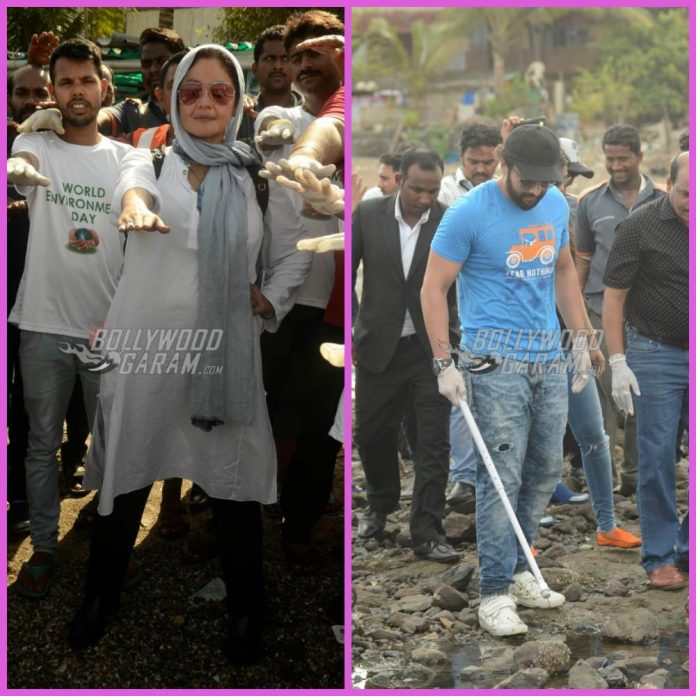 Actor turned filmmaker Pooja Bhatt and actor Jackky Bhagnani were snapped supporting the cause of keeping our environment clean, by giving a helping hand to clean Chimbai Beach in Mumbai on June 18, 2017. Pooja and Jackie were snapped picking up garbage from the beach and helped the volunteers clean up the place.

Jackky, who was last seen in the film Welcome 2 Karachi in 2016, was snapped in a blue t-shirt and a pair of denims. The F.A.L.T.U actor interacted with the media and talked about the importance of keeping public places clean while on family outings. Jackie said that he would not blame the families for the garbage spread all over the beach as the common man gets just one day during the week to spend some free time.

However, Jackky added that they can make such families realize that they can either throw the garbage in the dustbin or keep them in their bag and throw them at their dustbins at home. Pooja Bhatt, too interacted with the media and said that such a revolution can only be brought with the help of a community and not just by efforts made by an individual.