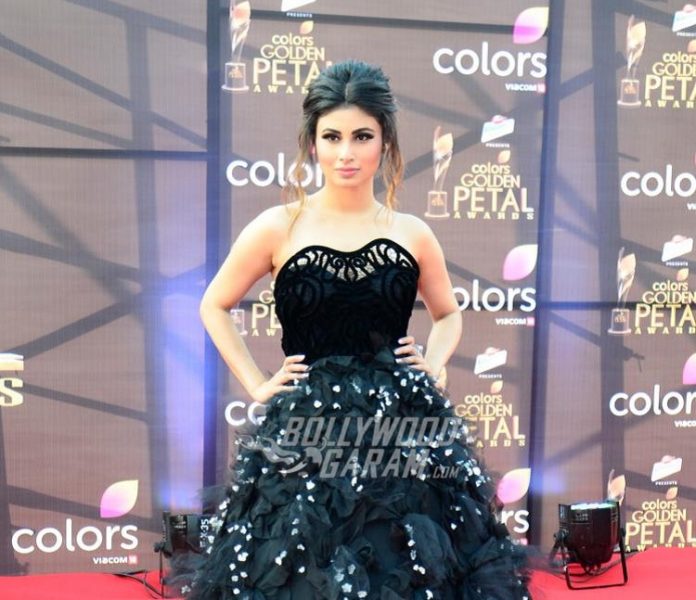 Television diva Mouni Roy is now set to make her debut in Bollywood industry. The actress got fame through her Naagin series that aired on Colors. According to reports, she was to be launched by none other than Salman Khan but now it seems that she will be seen with Akshay Kumar in his next film, Gold.

Though the film Gold is a male dominated one, Mouni has a crucial role in it. She’ll be shooting with Akshay in August. She has a 25-days long shooting schedule for the film.

Reports say that she will be seen in a unique avatar for Gold which will be entirely different from her glamorous look.

Mumbai Mirror states, “Mouni will be seen in a completely different avatar to suit the era. She will film for 20-25 days in August and is one of the few female characters in the otherwise male-dominated narrative. She will be shooting extensively with Akshay.”

Gold is a film set in a timeline which shows the journey of India winning its 1st gold medal as a free nation in the Olympics in 1948. The biopic of the legendary sportsman Balbir Singh will be played by Akshay Kumar as the lead. The film will highlight the challenges and problems faced by the player back then.

Born on October 10, 1924, Balbir Singh was a hockey player from India. His hockey team had won three Olympic gold medals in London (1948), in Helsinki (1952) and in Melbourne (1956). Also known as Balbir Singh Sr., he made a record of scoring most goals by an individual in an Olympic men’s hockey game.

Last year, the makers had released the first poster of the film. It showed the Olympic gold medal of 1948, with a background of India’s flag.

Gold will be produced by Farhan Akhtar and Ritesh Sidhwani under the name of Excel Entertainment. Directed by Reema Kagti, the film is scheduled to release on August 15, 2018.