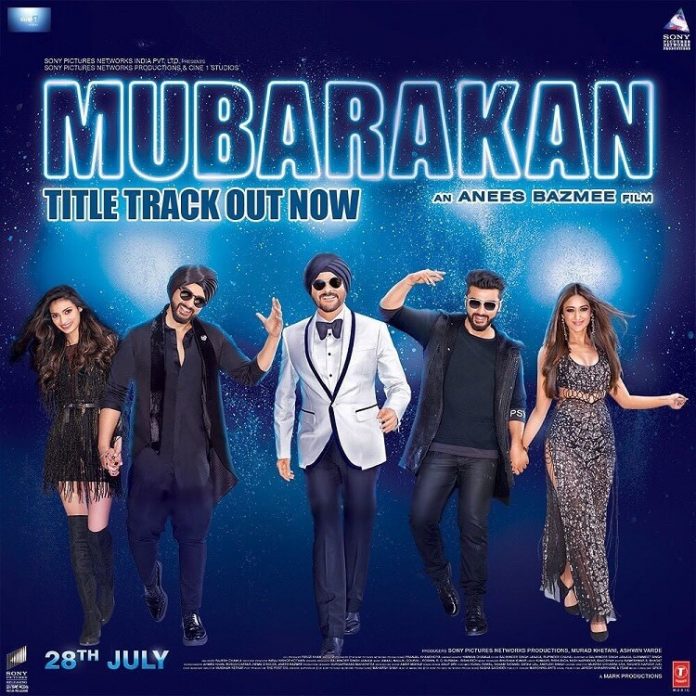 The makers of Mubarakan released the first song of the film which is also the title track on June 22, 2017. Arjun Kapoor, Anil Kapoor, Athiya Shetty and Ileana D’Cruz starrer Mubarakan’s title track is a complete party pooper. The song features all the lead actors in a sizzling avatar.

Makers of the film had given the fans a tiny peek into the song before the video got launched. They also shared posters of the song on social media. The star cast had tweeted the song teaser hours before the release of the song.

As already revealed by the trailer and poster, Arjun Kapoor is playing double roles of characters, Karan and Charan. One is full desi whereas the other one is angrezi. Arjun looked dashing as he dances to the rocking beats of the song.

As for the girls, Athiya and Ileana have killed it. Their sizzling looks and moves will make you go crazy for them. This first song from the film is definitely going to be the hip-hop number of the season.

The song is sung by Juggy D, Yash Narvekar, Badshah and Sukriti Kakar. The music has been directed by Rishi Rich and written by Kumaar. The song is published by T-Series.

Directed by Anees Bazmee, Mubarakan is a comedy-family-drama. Produced by Sony Pictures Networks Productions and Ashwin Varde and Murad Khetani’s Cine 1Studios, Mubarakan is scheduled to release on July 28, 2017.