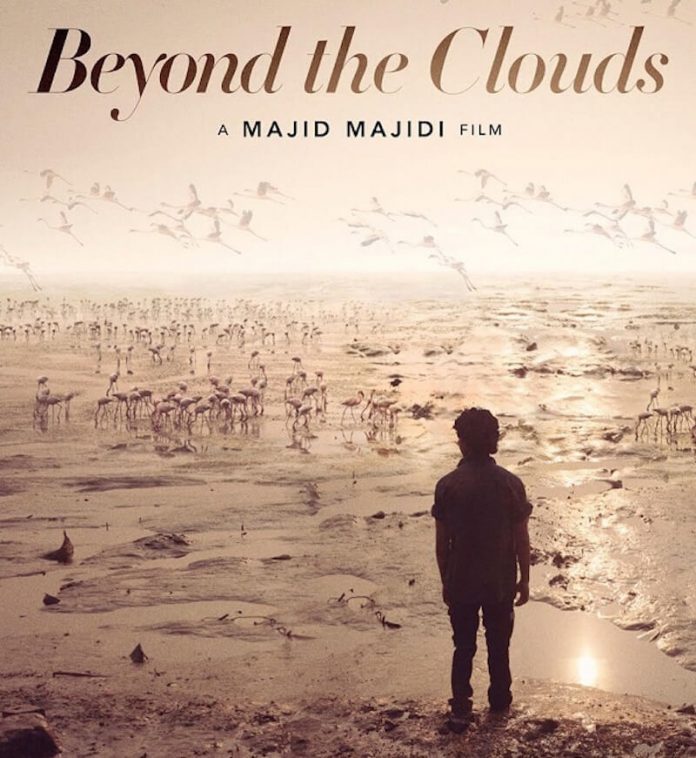 Bollywood fans are looking forward to a cinematic treat in the form of celebrated Irani filmmaker Majid Majidi’s Beyond the Clouds, the highly anticipated multinational project that has already managed to get skeptical Oscar tongues wagging.

At Cannes Film Festival 2017, the movie, which marks legendary Oscar-winning director Majid Majidi’s first venture into the world of Indian filmmaking caught the attention of critics with the unveiling of one of its posters.

Shahid Kapoor’s step-brother, Ishaan Khattar has been roped in to play the lead role in te film and will be making his Bollywood debut with the movie. The film also stars theatre actress Malavika Mohanan.

As reports suggest for a particular scene, Ishaan Khattar engages in a fight in the muck which leads to him being covered head to toe in the murky stuff, making him nearly unrecognizable. The scene took an incredible 64 takes before the director was satisfied, and Khattar is said to have taken up the challenge with the uncomplaining enthusiasm of a true professional! The star kid gave his all in performance, impressing the director and filming crews with his dedication and commitment to his craft.

The sheer scope of the project, involving prominent studio heavyweights such as Eyecandy Films and Zee Studios at the production end of things, as well a story that will be told in three languages – Hindi, English, and Tamil – has everyone curious.