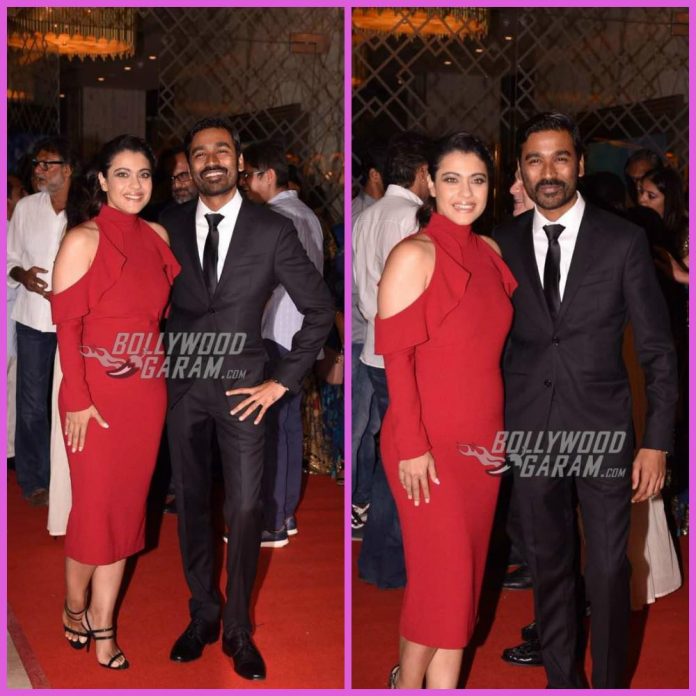 B-Town actress, Kajol and Tamil star, Dhanush will soon be seen together in Velai Illa Pattadhaari 2 or VIP 2. The film is a sequel to the Tamil comedy-drama, Velaiilla Pattadhari which was directed by Velraj and released in 2014. Directed by superstar Rajinikanth’s daughter, Soundaryaa Rajinikanth, the trailer of VIP 2 was released on June 25, 2017.

With VIP 2, Kajol is making a comeback to Tamil Cinema after two long decades. Kajol plays the role of a suave businesswoman, Vasundhara in the film. She has different shades to her characters and is shown as a bold and confident woman who knows how to deal with her enemies.

As we can see in the trailer, Raghuvaran aka Dhanush from the prequel is back in the same avatar. The main plot starts when Vasundhara and civil engineer, Raghuvaran comes face to face. Raaghuvaran who was unemployed, now owns a firm. The film deals with the conflicts and politics of the corporate world.

Soundaryaa Rajinikanth stated, “It is a visual delight to see two powerhouse performers Kajol and Dhanush in the same frame. ‘VIP 2’ has been an interesting and a memorable journey. It was a strategic move to make sure the film reaches across all states. With Kajol and Dhanush coming together in a movie for the first time, the title has to connect with the masses. Both the actors have a huge fan base in the North, so we thought of leveraging it thereby keeping a more relatable and easy name for the audience.”

The audio and trailer of VIP 2 was launched at a grand event in Mumbai amidst great fanfare. The event was also added by Bollywood directors, Anand L Rai and R Balki.

Director Soundaryaa thanked them by saying, “It feels great to have the support of (directors) R Balki sir, Aanand L Rai sir. It is gracious of them to take time out from their busy schedule and be a part of the event.”