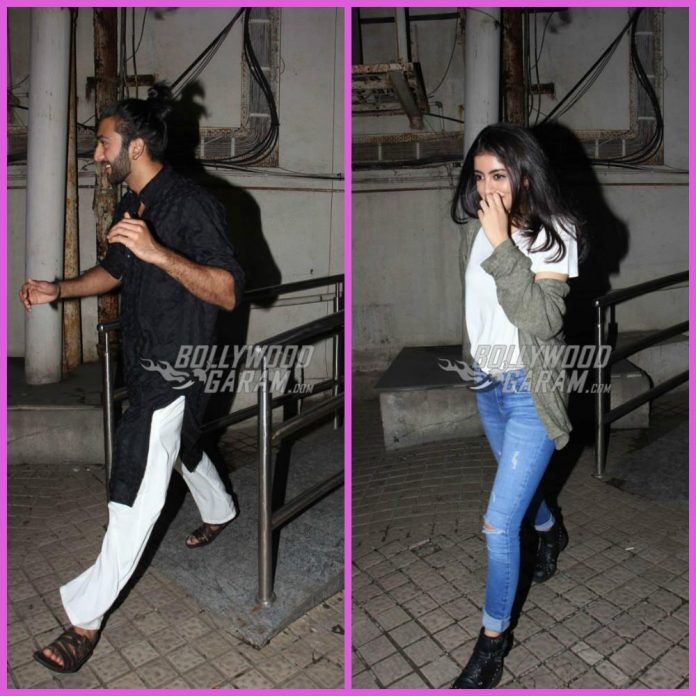 Superstar Amitabh Bachchan’s granddaughter Navya Naveli Nanda has always grabbed the limelight in some or other way. The star kid was snapped at a popular multiplex in Mumbai with a mystery man. The strange part was when the two were snapped together, the guy kept hiding his face from the paparazzi while Navya could not hold her laughter.

Navya was seen in a white t-shirt, ripped denims and a grey shrug with black boots. Some of the recent reports had claimed that Shweta Nanda’s daughter, Navya might make her Bollywood debut. But so far nothing has been made official. Navya’s mother, in an interview opened up about her equation with her children and said, “No, I am not their friend. I am their mother! I have a communicative and realistic equation with my children. When they were little, they came to me with bruised knees. Today, they come to me with bruised hearts. They ask my opinion, but they don’t have to obey it. I’m not strict about the teenage rites of passage stuff. I am strict about behavior, that is very important to me.”

Navya was recently in the news when pictures of her dancing and partying at the school-leaving day went viral on the internet. The news spread like a wild fire and this was when mom Shweta Bachchan wrote an open letter to the media asking them to return her daughter’s private life.