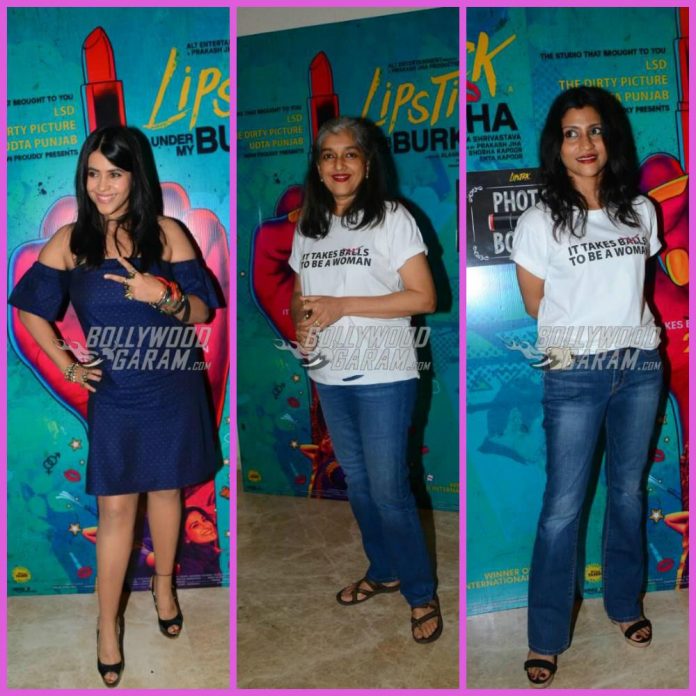 It was girl power that dominated the promotional press conference of Lipstick Under My Burkha in Mumbai on June 27, 2017. The promotional event saw Ekta Kapoor, Ratna Pathak Shah, Ahana Kumra, Plabita Borthakur and Konkana Sen Sharma in attendance.

The upcoming film is directed by Alankrita Shrivastava and produced by Prakash Jha. The film also stars Sushant Singh Rajput, Shashank Arora, Vikrant Massey and Vaibhav Tatwawaadi in supportive roles. Lipstick Under My Burkha is a woman oriented film which explores the lives and fantasies of a group of women.

See exclusive photos from Lipstick Under My Burkha promotions –