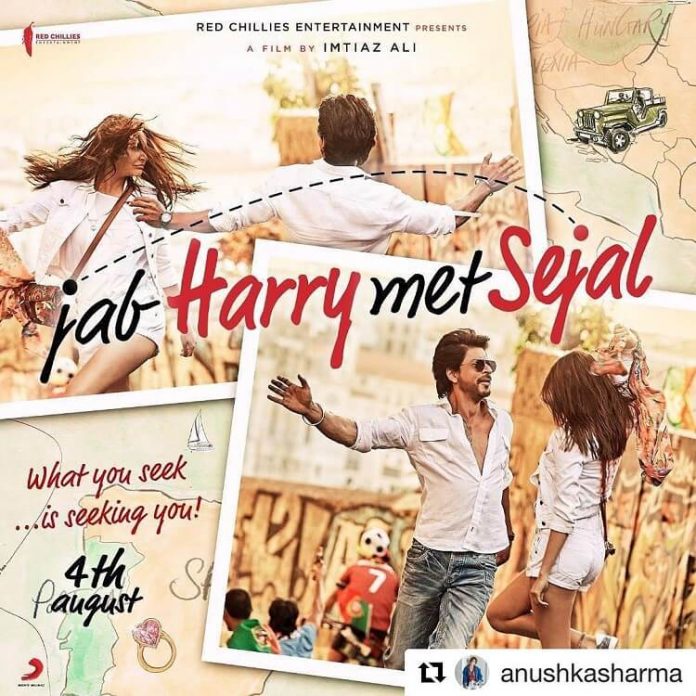 Imtiaz Ali’s Jab Harry Met Sejal features Shah Rukh Khan and Anushka Sharma in the lead role. The makers of the film have been releasing mini trails of the film. Instead of publishing a single trailer, they have been releasing short clips from the film that gives us a glimpse of the character sketch of Harry and Sejal in the film. Recently, Mini Trail 4 and 5 got released which is titled as Sejal Ka Matlab and Ring Kahaan Hai respectively.

Jab Harry Met Sejal mini trails part 4, Sejal Ka Matlab shows that the young and smart Sejal tries to explain the meaning of her name, Sejal to Harry to which Harry replies that just the name would be fine with him. Sejal represents the meaning of her name by swinging her hand in waves motion. Later, they both seem to look for something, probably the ring but we are not sure what they are looking for.

In Jab Harry Met Sejal mini trails part 5, Ring Kahaan Hai? we can see that the couple is looking hard for Sejal’s lost ring. Sejal looks for the ring beneath the car, in the museum and a lot more other places but they can’t seem to find it.

Jab Harry Met Sejal is a drama about a Punjabi boy, Harry and a Gujarati girl, Sejal who meet through fate to understand the meaning of life, love, and relationships. They go through a lot of ups and downs and the movie tells the story of freedom and love. Directed by Imtiaz Ali, this movie releases on August 4, 2017.

Jab Harry Met Sejal mini trails introduce us to the crazy world of Harry and Sejal!

SRK to launch Jab Harry Met Sejal’s first song in Ahmedabad – the city with most Sejals!