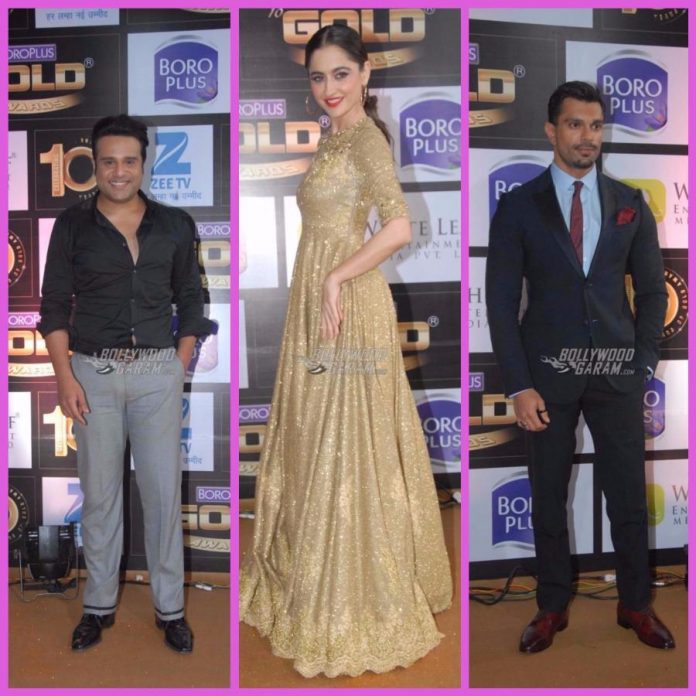 Celebrities from Bollywood and Indian TV graced the Zee Gold Awards 2017 held in Mumbai on July 4, 2017. The awards ceremony recognized and honored the best talent from the industry. The entire film fraternity turned up and made a glamorous appearance at the gold carpet for the tenth edition of the awards.

The awards were hosted by Jay Bhanushali and comedian Bharti Singh. The night saw some of the biggest stars from the industry, who were honored for their outstanding performance and dedication. The Gold carpet saw the presence of Mouni Roy, Gauahar Khan, Shweta Tiwari with her daughter Palak and husband Abhinav Kohli, Aamir Ali, Debina Chatterji, Kamya Punjabi, Ridhi Dogra, Ritwik Dhanjani, Anita Hassanandani, Barkha Bisht, Indraneil Sengupta, Adaa Khan, Karan Singh Grover, Ajaz Khan and others. Celebrities turned up in their best red carpet looks and grabbed all the attention of the cameras.

Mouni Roy was the one to grab one of the biggest award with the Face of the Year award.