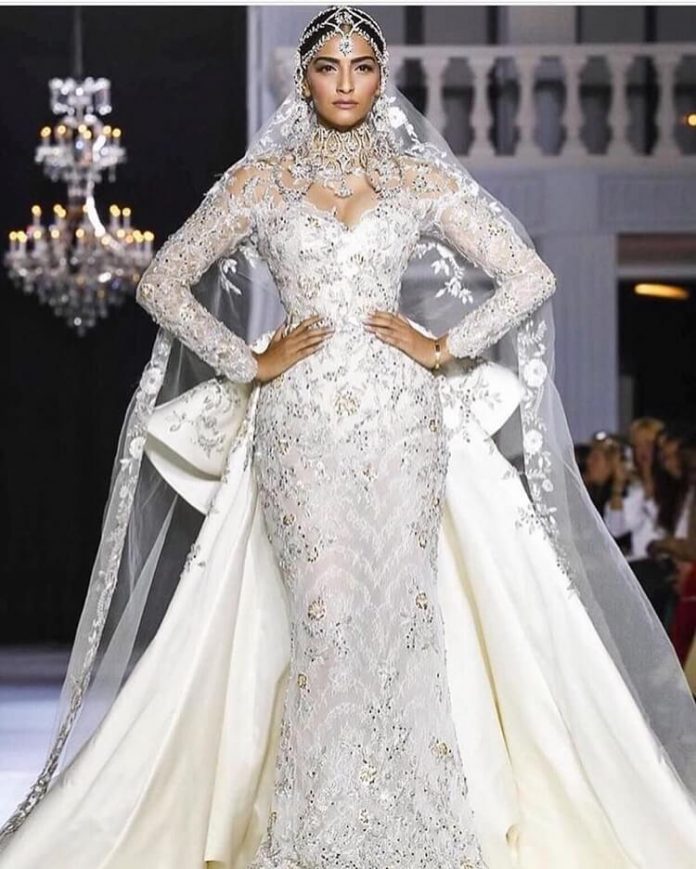 National Award winner Sonam Kapoor glistened as the showstopper for designer Ralph and Russo’s Autumn/Winter 2017-18 Collection at Paris Fashion Week 2017. As the showstopper, Sonam Kapoor wore a jewel encrusted peplum bridal gown, with a dazzling train attached to it. A beautiful sheer veil and a white royal headgear added to the gorgeous look. Sonam’s make-up was kept minimal, letting the outfit be the center of attraction. A hint of gold in the eyes and a shade of pink on the lips completed the look. Sonam looked dazzling in the royal diamond studded outfit.

Later, she was also spotted in a pink ruffled gown by Ralph and Russo again. Dressed up by her sister and stylist, Rhea Kapoor, Sonam looked like a stunning princess. Her second look was softer and simpler than the first one. She added a silver clutch and matching stilettos to complete the look. Her make-up was a bit more compared to her first look. She had the shade of pink on her cheeks and lips. The overall look was much lighter and simpler.

@sonamkapoor I told you I was there in spirit! @michaelrusso1 @tamararalph ???????? How beautiful! #ralphandrusso #couture #parisfashionweek

Rajkummar Rao and Kriti Sanon to star in Hum Do Hamare...