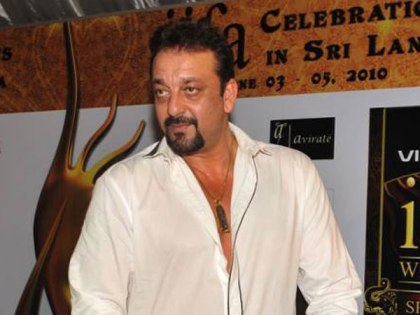 Now that Sanjay Dutt is in jail for the rest of the term of his imprisonment regarding the serial bomb blasts case, his wife Manyata is taking care of his career. Rumors say that Manyata Dutt is now in talks with ace choreographer and director Prabhu Deva to direct Sanjay’s next movie.

The upcoming movie is expected to be produced under the Sanjay Dutt banner and reports have said that Prabhu has agreed to join in. The title of the movie is yet-to-be-fixed and it will mark the return of Sanjay, who is serving his jail term of three-and-a-half years. Dutt was convicted in the case related to the 1993 bomb blasts in Mumbai.

More reports have said that the shooting of the movie will begin as soon as Dutt completes his sentence. The decision to make the movie was made jointly by Sanjay and his wife. Manyata went to meet her husband at the Yerwada Jail on July 3, 2013. Sources from the production unit revealed that the decision to bring in Prabhu has been made, as he is a very strong filmmaker.

This project will also help Sanjay to come back on track after a gap of three years.