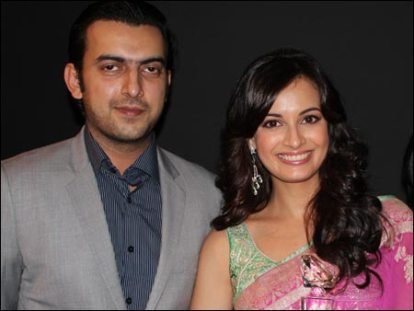 Bollywood actress Dia Mirza is finally all set to tie the knot with her long-time partner Sahil Sangha. Sangha is a businessman and the actress said that they will be getting married in 2014. While talking about her businessman boyfriend, Dia said that he has brought a lot of calm and confidence into her life.

The actress – who started off her Bollywood career with the movie Rehna Hai Tere Dil Mein – established a production house along with Sahil and actor Zayed Khan, which is known as Born Free Entertainment. The production house produced their first film, Love Breakups Zindagi.

In an interview, Dia said, “A professional partner and a life partner have an integral role to play. Sahil is my peacemaker. He brings calm and a great sense of confidence into everything I do. He is an incredible human being. He is extremely talented”. So far, the famous actress has worked in over 30 films.

The Dus actress went on to say that she is excited about her upcoming married life. The star confessed that she does not know how things will change after the wedding and added that she has plenty of wonderful things to look forward to in terms of married life.