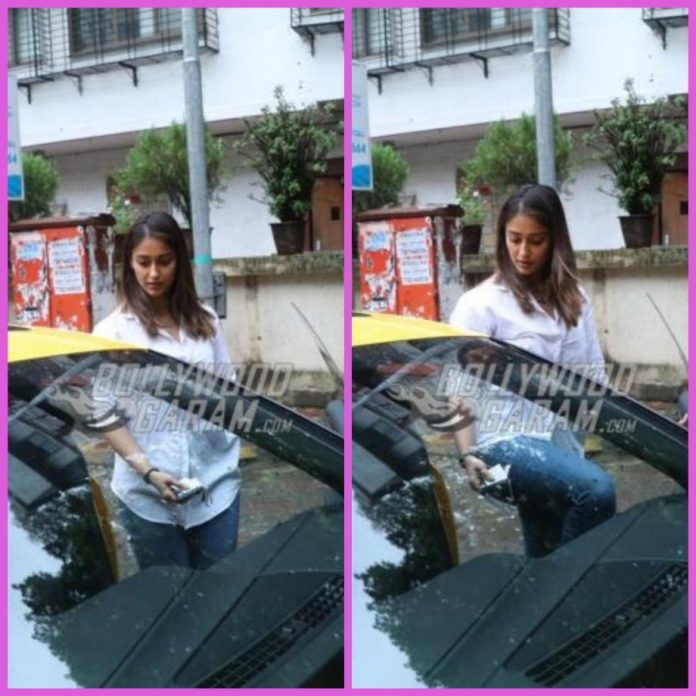 Seems like Ileana D’Cruz is fond of her new yellow car as she is often snapped whizzing around in it in Mumbai. Ileana was snapped on a casual day out in Mumbai on July 13, 2017. We caught her just as she was heading to her Audio Sports car.

The Barfi actress was seen in a simple white shirt and a pair of blue denims and is currently busy promoting her upcoming film Mubarakan. The film also stars Anil Kapoor, Arjun Kapoor and Athiya Shetty in lead roles. Arjun will be seen playing a double role in the film as a part of a crazy Punjabi family! The story is set in the backdrop of a big fat Indian wedding in London and it’s songs and trailers hint at the film being a laughter riot! Mubarakan releases on July 28, 2017.