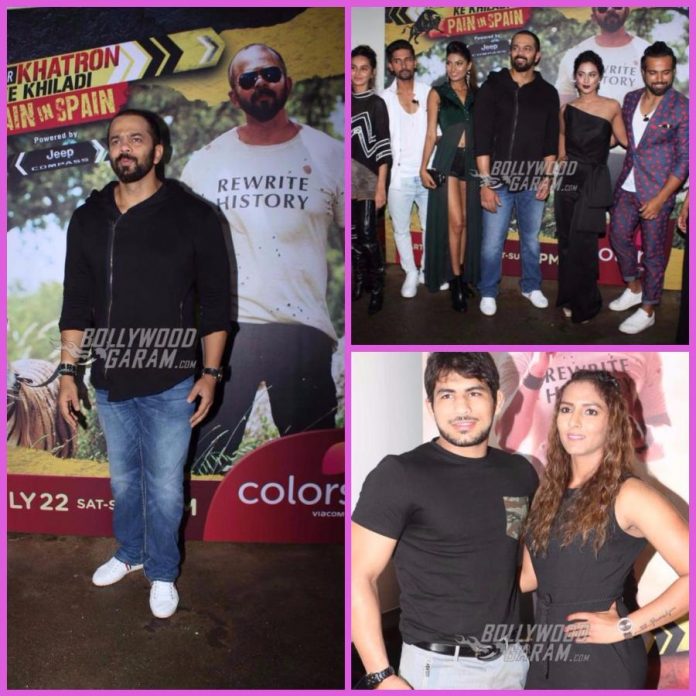 Makers of Khatron Ke Khiladi have announced a fresh season of the reality show at a press event. The show will be aired on Colors and will be hosted by the filmmaker Rohit Shetty. The new season of the show has some new contestants who have given their best as she shot in Spain.

The show is produced by Endemol Shine India and the launch event also saw the presence of Raj Nayak, the COO of Viacom 18 who said, “Be it Rising Star or India Banega Manch, we strive to raise the bar of reality shows on Indian television Khatron Ke Khiladi has been a flagship show on Colors and we are looking forward to this edition that promises edge of the seat entertainment for the whole family.”

Host Rohit Shetty during the earlier launch event said, “I’m hoping we create another blockbuster experience for all. I’m looking forward to know them and test their fear quotient.” The launch event also saw a performance by Manveer and Hina. The show Khatron Ke Khiladi is an Indian adaptation of the American show Fear Factor and will be aired every Saturday and Sunday at 9 PM on Colors channel.