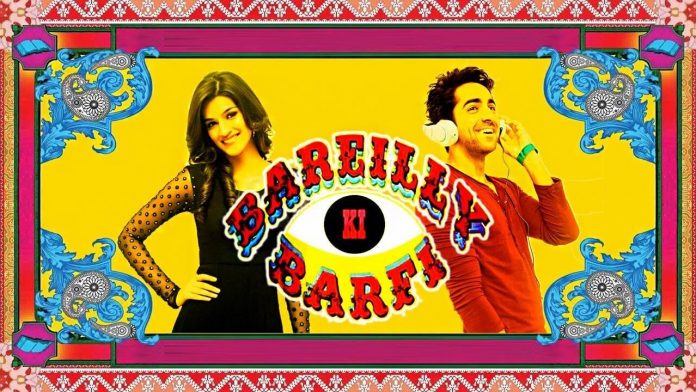 After launching an interesting poster, makers of Bareilli Ki Barfi launched the trailer of the film at an event in Mumbai on July 19, 2017. The film has Ayushmann Khurrana and Kriti Sanon in lead roles.

Going by the trailer it clearly shows that it is a romantic comedy which is ready to tickle the funny bones of the audience. The two minute fifty seconds trailer takes the audience on a glimpse of the streets of the state of Uttar Pradesh, India. A few one-liners in the trailer has left the audience wanting for more Bareilli Ki Barfi is ready to be released on August 18, 2017.

The launch event saw Ayushmann who was all praises for the script and said, “I always looked forward to a film like this as Nitesh Tiwari could be the only one who could write such a script.” The film is based on the French book with the title Ingredients of Love and is directed by Ashwiny Iyer Tiwari. Bareilli Ki Barfi is written by Nitesh Tiwari and produced under the banner of Junglee Pictures.

After the failure of Raabta, Kriti has this time ventures in to a comedy flick and there are hopes that the film will do well at the box office. Ayushmann was last seen in the film Meri Pyaari Bindu which also failed to impress the audience and the critics. Rajkummar Rao is considered as one of the most quality actors in the industry and was last seen in the film Behen Hogi Teri.