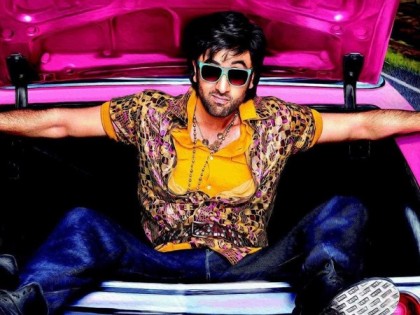 Bollywood star Ranbir Kapoor indeed gets to do movies that suit his personality. Once again, the actor will be seen playing a shameless character in the upcoming movie ‘Besharam’, which also stars newcomer Pallavi Sharda. The makers of the movie have just released the first trailer video.

The role might not be new for Ranbir, but this time his character is surely more indecent, shameless and arguably funny, as the movie also stars Ranbir’s parents Rishi and Neetu Kapoor playing Chulbul Chautala and Bulbul Chautala. The new trailer video shows Ranbir being as bad as he can be and he is playing Babli, who is a street car mechanic who lives in an orphanage in Delhi.

In the movie, Babli is charming and lives his life to the fullest. He does not have any sense of right or wrong and is in love with Tara, played by Pallavi. The trailer video clearly shows that the movie is going to be an outright comedy, but there is a possibility that there might be some takers and some haters as well.

The humor depicted in the movie can be considered as indecent for some people. However, Ranbir has always managed to impress his audience with his charm, whether it is in a shameless way or in a decent way. Check out the trailer video below.