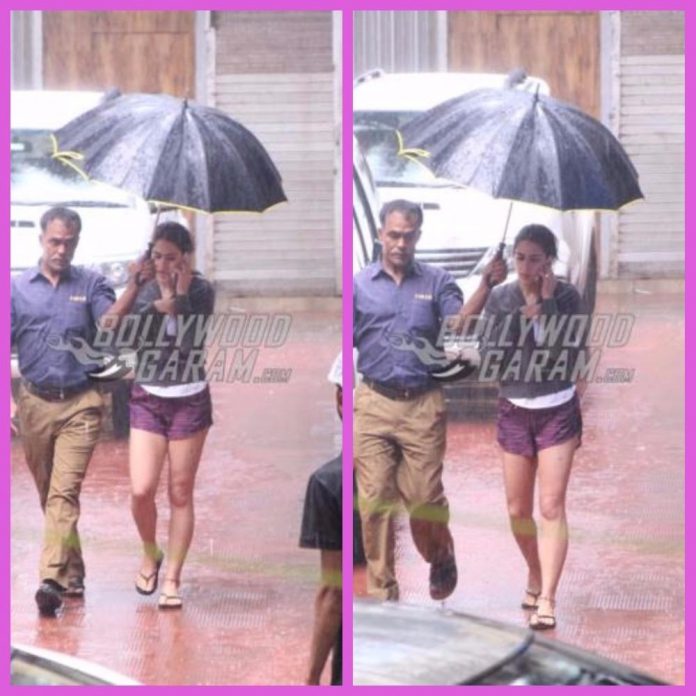 Sara Ali Khan is ready to make her Bollywood debut and has already become a favourite of the paparazzi. The upcoming actress was snapped post a gym session in Mumbai on August 1, 2017. The star kid, despite rains made sure that she did not miss her workout sessions.

Amrita Singh’s daughter, who is currently shooting for the upcoming film Kedarnath, looked pretty in a casual shorts, t-shirt and a jacket. The film also stars Sushant Singh Rajput and is directed by Abhishek Kapoor. Abhishek in a recent media interaction shared a few details about the film and said, “Kedarnath is a love story that unfolds during the course of a pilgrimage. It’s important for me to look within and soak in the vast beauty of our country, culture and stories. India is a treasure trove of spiritual experiences that I want to present to the audience. This is a story that the world would love to watch.”

The filmmaker also talked about Sara and said that casting newcomers is a natural process and that they will continue to tell stories with those who fit to their vision the best and that the upcoming actress is a beautiful bundle of energy.