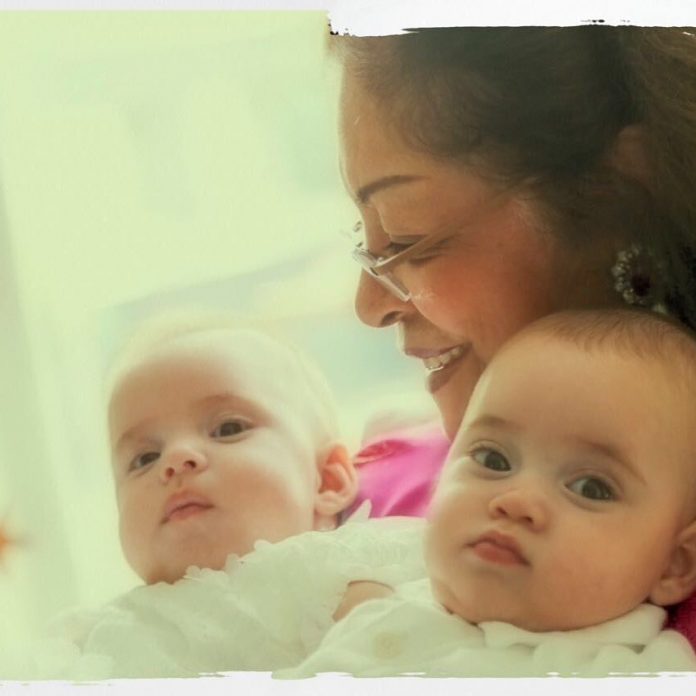 After a long haul, filmmaker Karan Johar has shared the first picture of his twins, Yash and Roohi. The filmmaker took to his Twitter account to share an adorable picture of the twins with his mother, Hiroo Johar.

The caption of the picture stated, “Loves of my life!!!! My Mom and my babies #roohiandyash #HappyRakshaBandhan”. The filmmaker could not find a better day to share the picture of his adorable twins as everyone is in the festive mood of Raksha Bandhan. The picture shows the little ones in white outfits as grandmother Hiroo looks lovingly at them.

Karan had made the announcement of his single parenthood at the beginning of 2017 and since then, the entire industry has been paying visits to his house to catch a glimpse of the youngest Johars. The twins, Yash and Roohi, had a pre-mature birth through a surrogate mother and spent several days at the NICU before they were brought home.

Apart from being busy as a father, the filmmaker is co-producing the upcoming movie, Raazi that has Alia Bhatt in the lead role. Johar is also producing other films including Ittefaq and Drive. Karan’s last production, Badrinath Ki Dulhania performed well at the box office.