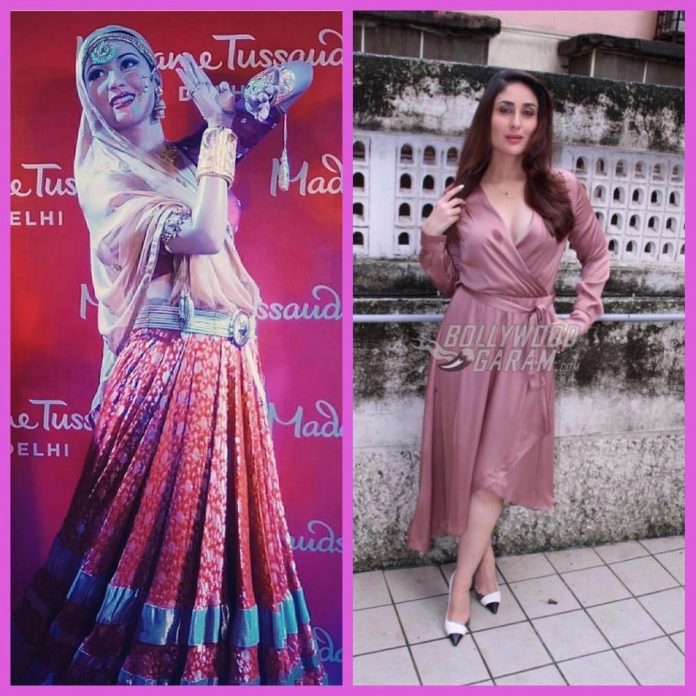 Veteran actress Madhubala’s wax figure was unveiled at Madame Tussauds in Delhi on August 10, 2017. The event was attended by Madhubala’s sister Madhur who said that she would like Kareena Kapoor to play Madhubala’s role if a biopic is made on her life.

Madhur, during the launch event said, “There was a time when I wanted Madhuri Dixit to play the role of Madhubala in her biopic but now it has to be Kareena Kapoor Khan as she has the same naughtiness that Madhubala used to have and she is a beautiful actress too”. Madhubala’s sister further opened about the veteran actress and said that she was a very simple person at home. Madhubala was the elder one, but was never bossy and used to encourage all her siblings to enter films.

Madhur added that today’s generation of actresses can learn strength and patience from Madhubala and for being brave when she knew she had just a few years to live. Madhubala’s sister added that the Mughal-e-Azam actress never gave up on hopes and expectations.

Kareena on the other hand, is enjoying her phase of motherhood with her loving husband Saif Ali Khan. Saif and Kareena became parents to an adorable baby boy on December 20, 2016.